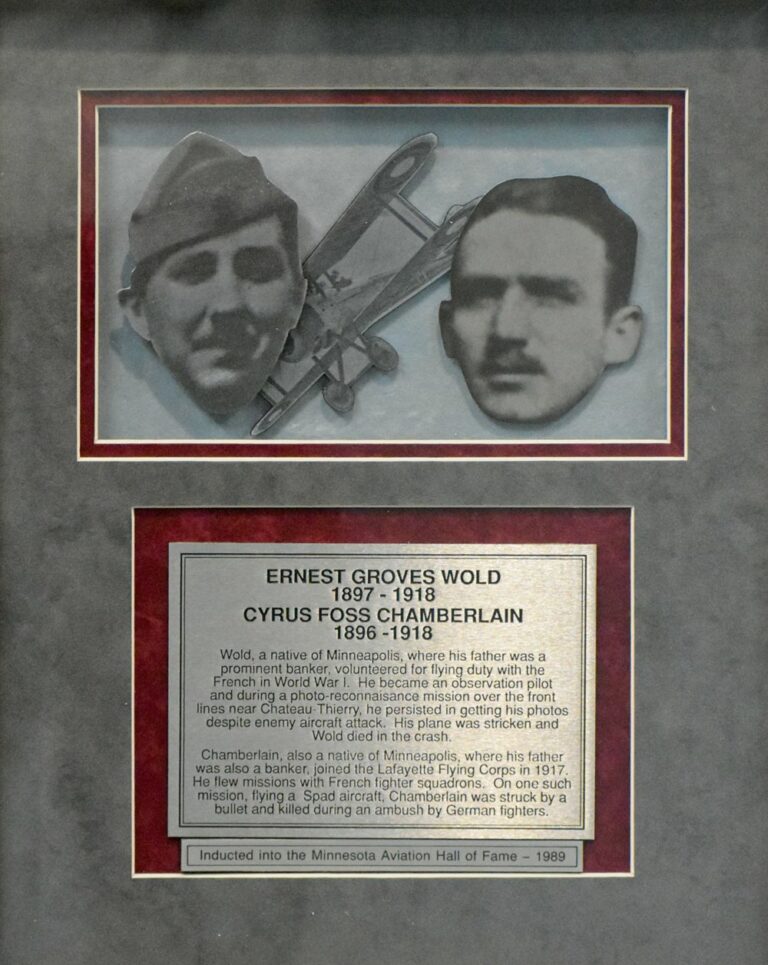 Cyrus Foss Chamberlain was born in February 1889, son of a wealthy Minneapolis banker. He attended Princeton University and in the Fall of 1916, decided he wanted to fly for the French against the Germans in the Great War. He sailed for France in June, 1917, where he would take his training and officially become a member of the Lafayette Flying Corps. He began his training at Avord, selecting the Bleriot school curriculum over the Caudron school as he felt the training, while more intense and difficult, would get him into action sooner. In October he graduated and was sent to at Pau for advanced training on Nieuport aircraft.

Though other American volunteers were signing with the US Air Service, he remained with his new French friends. He did well in all his training, earning his instructor's praise. In March, 1918, as a member of Escadrille Spa 98, Chamberlain begins flying patrols, protecting observation aircraft, but saw little action. He moved from Plessy Belleville to Bar-leDuc and in April the unit received SPAD aircraft. Bad weather until the middle of May kept his squadron grounded. While he was on leave to Paris, his unit moved to the front. When he rejoined the unit, they were in heavy action.

On June 13, Chamberlain was killed while on patrol. In a flight of three, the unit was jumped by 13 German aircraft. His two comrades said he had tried to divert the Germans' attention so that they could escape. He was apparently killed in the air by German bullets, since his plane was seen to nosedive into the ground at full throttle. He was awarded the Croix de Guerre with palm and buried in France.

In 1923, the Minneapolis Airport was dedicated to Chamberlain and another young American who met the same fate in the Great War, Ernest Groves Wold. The airport to this day is named Minneapolis-St. Paul International Airport, Wold-Chamberlain Field.