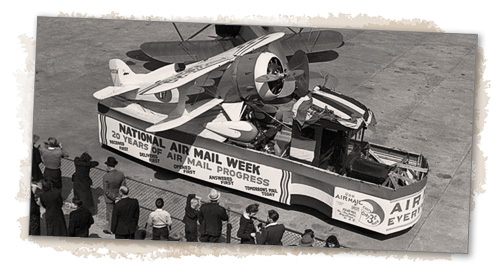 Qualifications for Nomination to the Minnesota Aviation Hall of Fame

Guidelines. Please include the following in your nomination:

Be as detailed as possible. Remember that in the case of candidates not generally familiar to the Selection Panel members, presenting a good case is important. Include documentation where available with dates of military service, units served with, dates of airline employ, dates of businesses owned, etc. If possible, include copies of clippings, logbook entries, citations and awards granted to the individual.

Closeup Mug Shot Of The Nominee

This is very essential should the candidate become elected. Many things such as news releases, award plaques, slide presentations, and brochures are generated around the candidates in different formats. If possible, provide additional photos of the person at their work, with their airplane, or involved in their aviation activity. Photos must be original photos, not newspaper photos, or printer copies. We will accept digital files if saved as hi-res (at least 300 dpi) jpegs and forwarded on CD disk. We will scan original pictures and return them if you request them back. If we receive no photos, the candidate cannot be considered.

Letters of Support from other parties to affirm your nomination. People with much community support and backing are always favored over those with little support. Make your candidate a strong one! Note also that if you solicit letters of support, be sure to have the supporter’s mailing address attached. If the candidate is inducted, we need to let them know. And for the same reason, no petitions, unless each name is accompanied by an address.

Selection is based on the following criteria:

The Selection Panel meets yearly in June. All nominations must be submitted by November 30th of the year preceding the June meeting to be considered for the next year. After that time, the candidate will be considered the following year. Let us know up front if we can keep the pictures and documents that you send. Please do not phone-in or e-mail nominations. Put your thoughts down in writing and mail to the address listed on the PDF questionnaire. Please note: we do not accept self-nominations.