The Minnesota Aviation Hall of Fame has inducted over 200 persons since its creation in 1988. Each year, the inductees are presented with a trophy award plaque at an annual Induction Banquet. In addition to the award presented to the inductee, the Hall of Fame also creates a duplicate plaque which goes into a permanent archive for museum display. 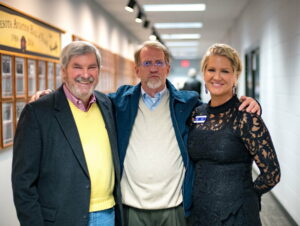 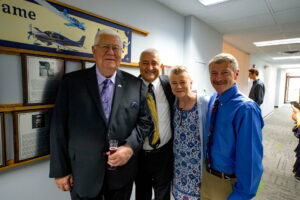 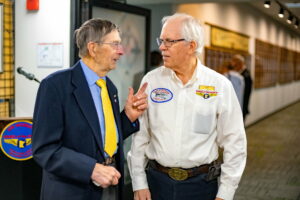 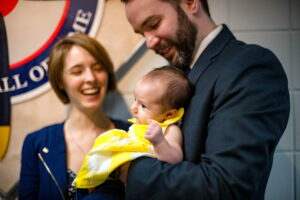 Over time, the display has been seen by the general public at various sites including the Minnesota Department of Transportation offices in Downtown St. Paul, the Heritage Halls Museum at Owatonna, the Duluth Airport Terminal, and most recently as an adjunct of the Wings of the North Museum at Flying Cloud Airport in Eden Prairie, Minnesota. As of March, 2022, duplicates of the 224 inductee plaques can be seen in the hallways along with a small display of interesting Minnesota aviation artifacts. 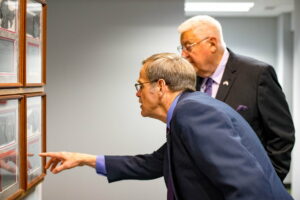 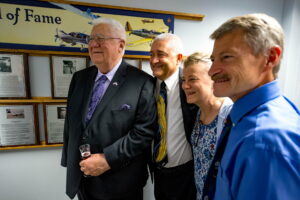 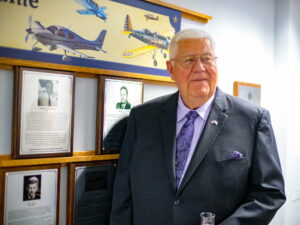 Each display plaque contains a picture of the inductee and a brief biographical summary of the inductee's aviation contributions. Viewing the large display is an educational experience. Most visitors know one or more of the inductees and those who don't can learn the story of Minnesota aviation and its heroes from its earliest days, going back as far as 1913. It is an awesome display in its scope and well worth a visit. At this time, the museum display is open to visitors by appointment only as the Wings of the North Museum is temporarily closed. Please click the button below to contact us about scheduling a visit.

Visits are by appointment only.