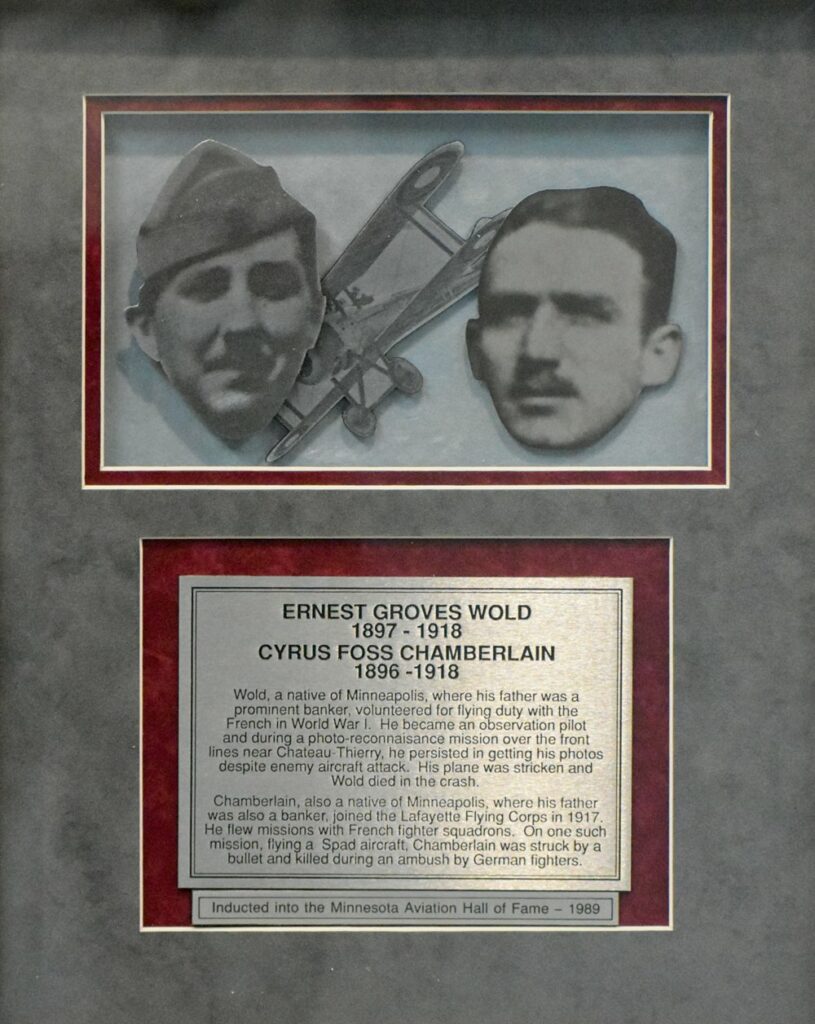 Ernest Groves Wold was born in Little Falls, MN on September 11, 1896, son of a successful Minneapolis banker. He attended the Wharton School of the University of Pennsylvania. With a war going on, he was eager to see action, quitting school and pulling strings to get into aviation. On May 11, 1917, he was signed by the US Air Service and ordered to Ithaca, NY., where he took his basic military requirements. On October 15, 1917, he was shipped overseas and began training with the French in Nieuports at the Issoudun Flying School. He was commissioned a Lt. in the US Air Service in May, 1918. For a while he ferried airplanes from Orly Airport to various sites at the front.

Wold was then assigned as an observation pilot, making most of his flights in the DeHavilland DH-4. He was commended for several harrowing missions, including one where, oblivious to the number of German fighters overhead, crossed and re-crossed the front lines to obtain the required photos of enemy positions, earning him the French Croix de Guerre. Later, he and his observer were credited with shooting down two German airplanes. Wold was killed in action on August 1, 1918, while on another photographic mission, again persisted in obtaining necessary photos despite the danger.

Though his arms were riddled with enemy bullets, and his observer killed, Wold managed to fly the plane back to his base using his knees, but crashed on landing with fatal results.