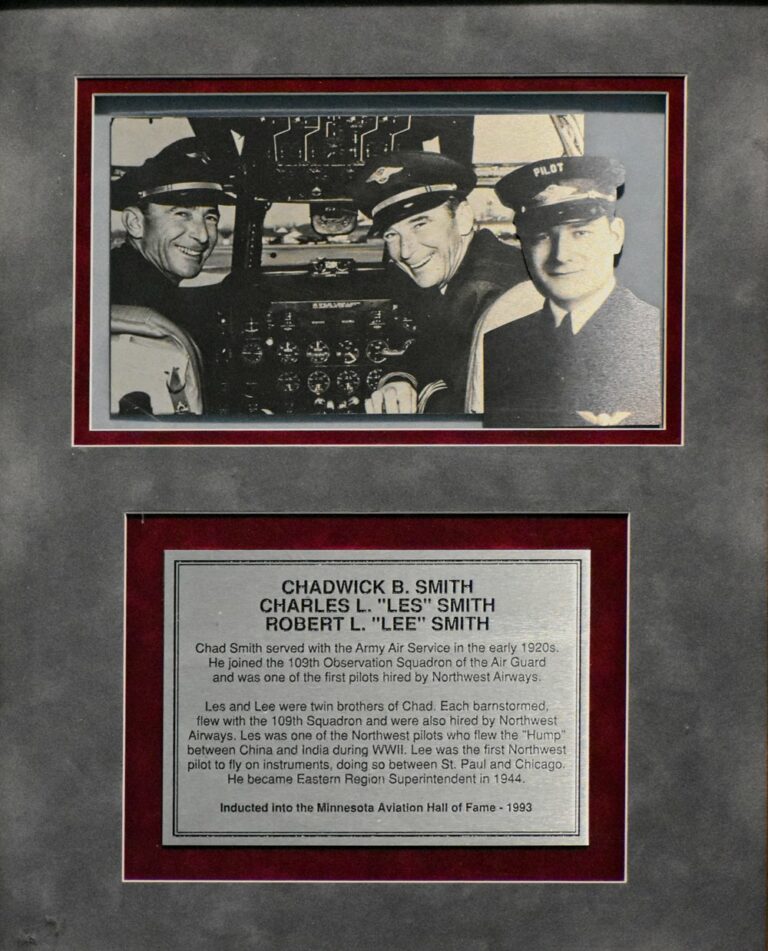 Chadwick Smith was born in Sheldon, Iowa, but came to Minneapolis with his parents as a youngster. He is the oldest of three Smith brothers (Charles and Robert) who became airline captains. Smith went to school in Minneapolis and on graduation from high school, joined the US Army Air Service, training at Brooks and Kelly Airfields in Texas. He served in 1923 and 1924 as a cadet and later as a flight instructor. He returned to Minneapolis and enrolled at the University of Minnesota at the School of Pharmacy. On graduation, he began practice as a druggist. He also loved flying and joined the Minnesota 109th Observation Squadron of the Air Guard. During this time he set an altitude record with a Curtiss airplane of 22,017 feet. Northwest Airways Operations Manager, Charles “Speed” Holman convinced Smith to make flying his sole career and hired him as a pilot for Northwest in 1927.

Smith began flying airmail and passengers from Minneapolis to Chicago, at one time setting a record time between the two of 2 hours and 12 minutes in a Ford Trimotor. By 1928, he held the world's record for flight hours logged at 1173 hours. In 1931, when Speed Holman was suddenly killed while performing aerobatics at an Omaha airshow, Chad Smith became the Northwest Operations Manager. Sadly, Smith died the same year during an appendix operation.