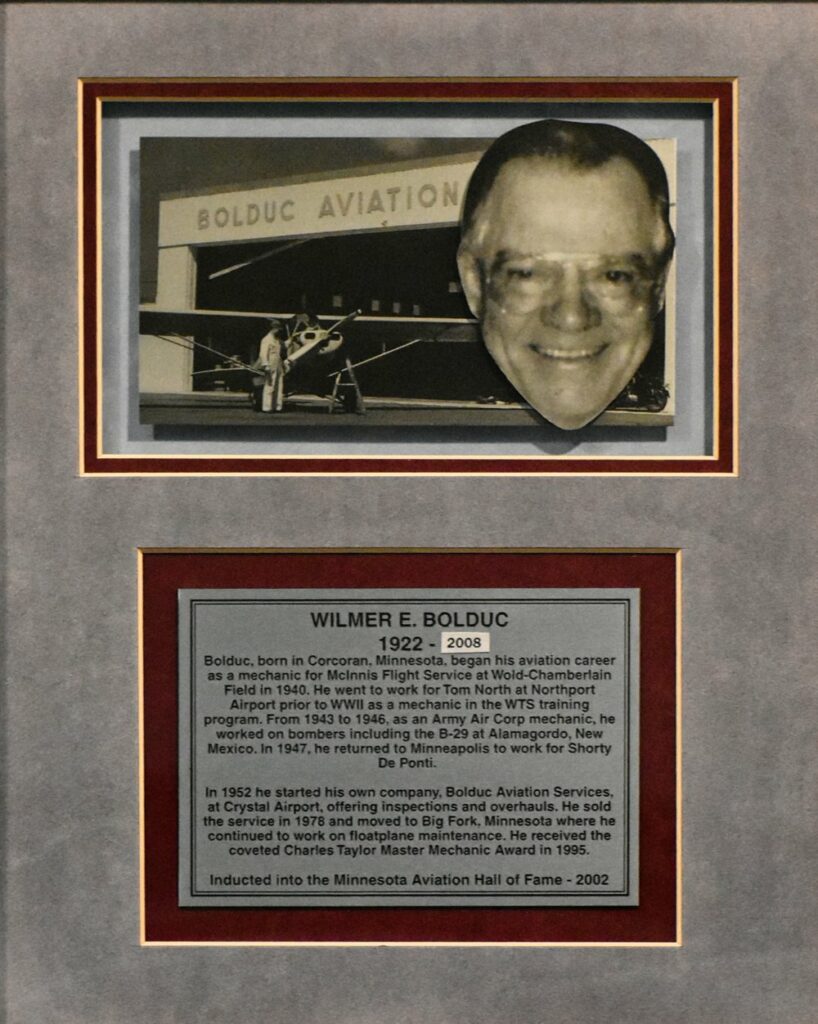 Bolduc hails from Corcoran, Minnesota, and began his aviation career in 1940 as a mechanic for McInnis Flight Service, Wold-Chamberlain Field. He worked as a mechanic in the War Training Service (WTS) for Northport Airport before World War II. As an Army Air Corps mechanic, he worked on bombers from 1943 to 1946, including the B-29 at Alamagordo, New Mexico. In 1947 he returned to Minneapolis to work for Shorty De Ponti.

In 1952, he started Bolduc Aviation Services at Crystal Airport, offering inspection and overhaul. He sold the service in 1978 and moved to Big Fork, Minnesota, where he continues to work on floatplane maintenance. He received the coveted Charles Taylor Master Mechanic Award in 1995.