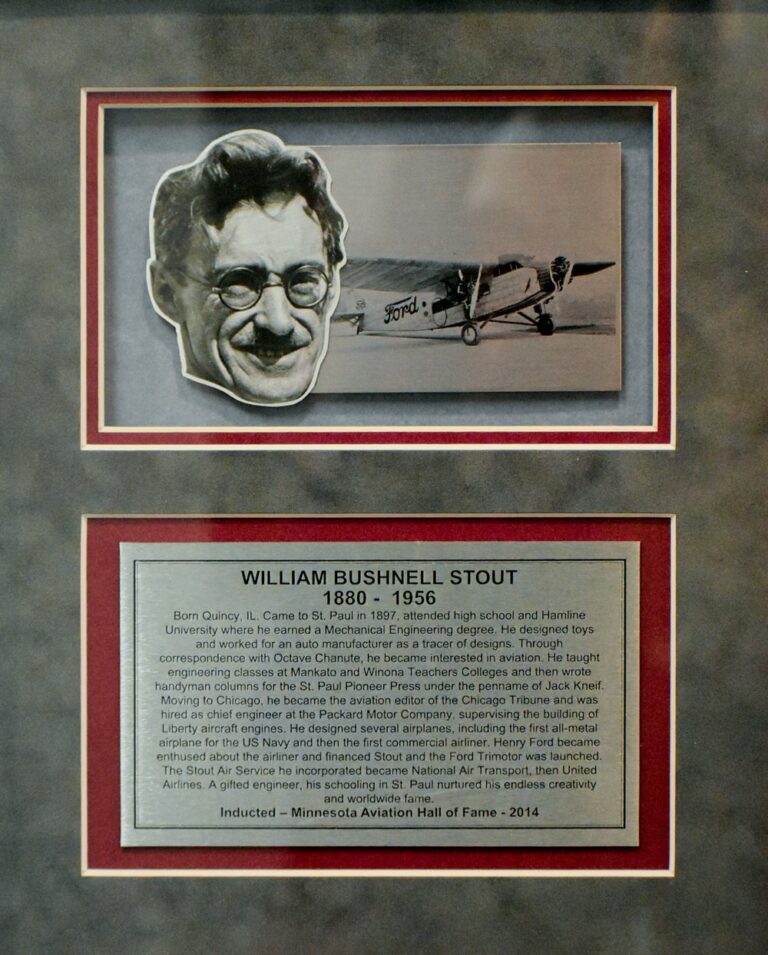 Born Quincy, IL. Came to St. Paul in 1897, attended high school and Hamline University where he earned a Mechanical Engineering degree. He designed toys and worked for an auto manufacturer as a tracer of designs. Through correspondence with Octave Chanute became interested in aviation. He taught engineering classes at Mankato and Winona Teachers Colleges and then wrote handyman columns for the St. Paul Pioneer Press under the penname of Jack Kneif.

Moving to Chicago he became the aviation editor of the Chicago Tribune and was hired as chief engineer at the Packard Motor Company, supervising the building of Liberty aircraft engines. He designed several airplanes, including the first all-metal airplane for the US Navy and then the first commercial airliner. Henry Ford became enthused about the airliner and financed Stout and the Ford Trimotor was launched. The Stout Air Service he incorporated became National Air Transport, then United Airlines. A gifted engineer, his schooling in St. Paul nurtured his endless creativity and worldwide fame.