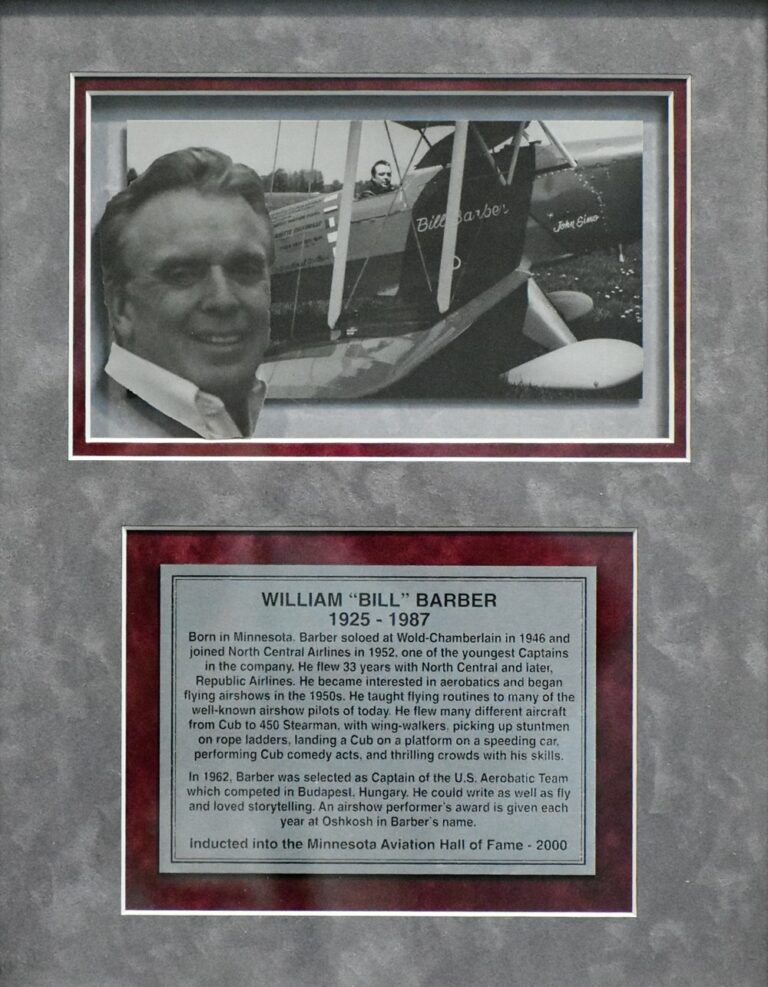 Minnesota native Bill Barber soloed at Wold-Chamberlain Airport in 1946 and joined North Central Airlines in 1952 as one of the youngest captains in the company. He flew for 33 years with North Central and later on with Republic Airlines.

Barber became interested in aerobatics and began flying air shows in the 1950s. He taught flying routines to many of the well-known air show pilots of today. He flew many different aircraft from Cub to 450 Stearman; landed a Cub on a platform on top of a speeding car; flew wing-walkers and stunt-persons on rope ladders; performed comedy acts with the Cub; and thrilled crowds. He also wrote and loved to tell stories.