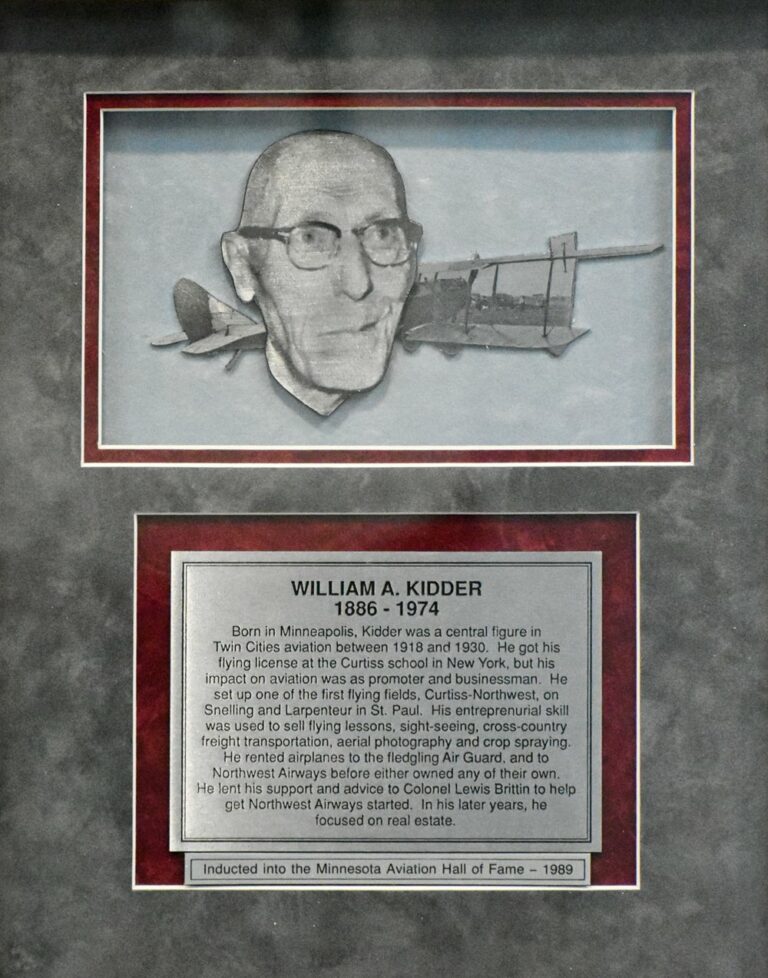 Kidder earned his pilot's license in 1917 at the Curtiss school at Newport News, Virginia. He opened Curtiss-Northwest Airport at Snelling and Larpenteur Avenues in St. Paul. He received the first Aerial Transportation license from the State of Minnesota in April of 1919 for the Curtiss-Northwest Aeroplane Company. He bought 75 Jenny aircraft from Curtiss and had them shipped by rail to St. Paul, selling them as each was assembled. Kidder offered sight-seeing and charter flights, merchandise transportation, and exhibitions. He was clearly the first major Minnesota FBO, and his airfield, along with Brown Field and Hinck's Fridley Field, were the first Twin Cities airports. Kidder rented aircraft to the newly organized 109th Observation Squadron of the Air National Guard in 1921, and to the fledgling Northwest Airways to get them started in 1926. He served in an advisory capacity to Colonel Brittin in forming Northwest Airways. Kidder saw the airplane as a machine that allowed transportation, entertainment, photography, and crop dusting to be done as never before. In later years, he wrote an unpublished autobiography which contains a wealth of history and good tales of flying in those days. From 1918 to 1925, his field was undoubtedly the center of aviation in the State.