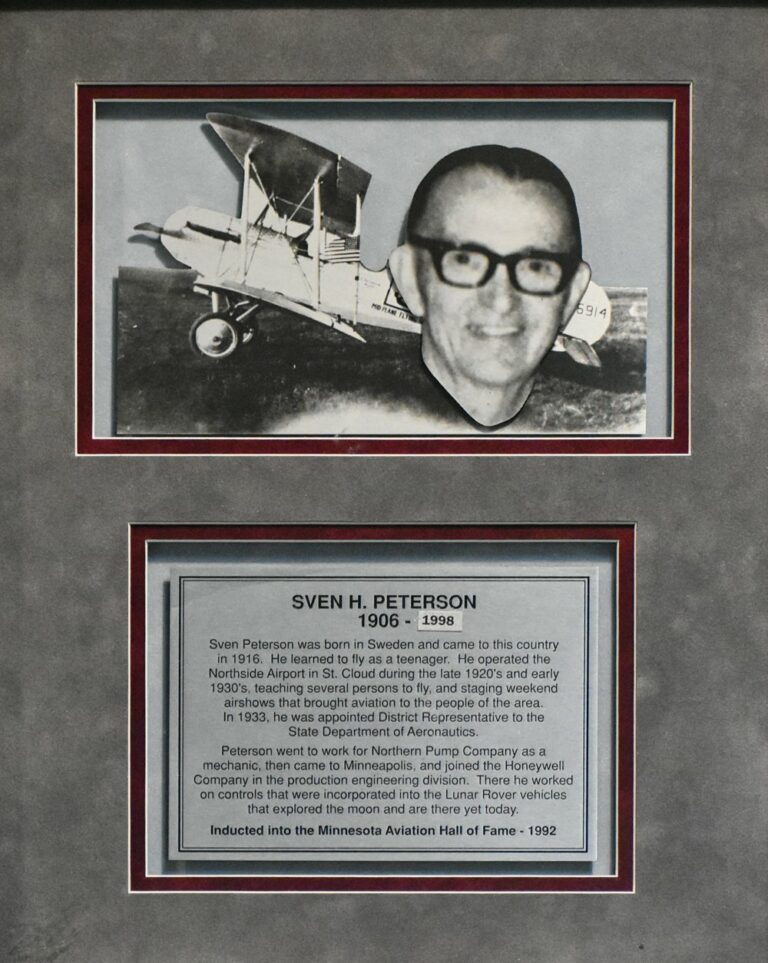 Born in Sweden, Sven came to Minnesota in 1916. He learned to fly in the early 1920s and based himself at St. Cloud. He staged weekend airshows that brought aviation to the attention of citizens of that area. His sight-seeing flights often lasted throughout the full daylight hours. In 1933, he was appointed a district representative to the Minnesota Aeronautics Commission, supervising aerial activities in his region. He helped build the St. Cloud Northside Airport and helped start a flying club there, teaching several persons to fly. He is considered St. Cloud's foremost early flyer.