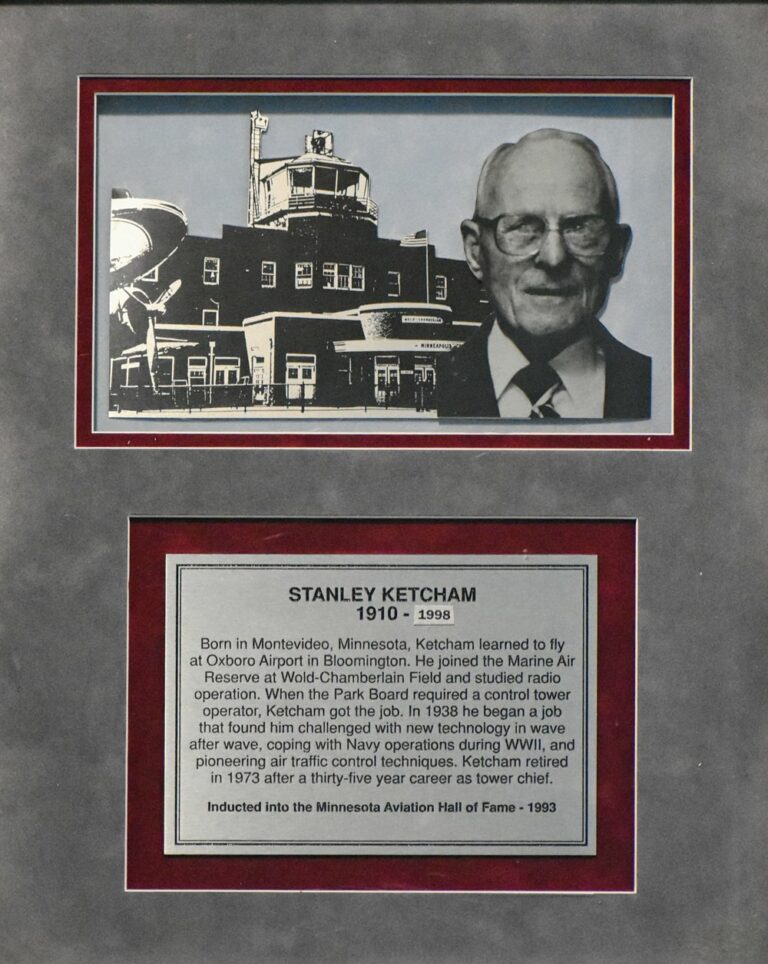 Born in Montevideo, Minnesota, Ketcham learned to fly at Oxboro and Robbinsdale Airports in 1938. He joined the Marine Air Reserve at Wold-Chamberlain and took a home-study course on radio operating. A bulletin board notice informed him that the Park Board was hiring a control tower operator for the new tower at Wold, and he responded. He got the job in July, 1938, because of his persistence and his knowledge of "radio operating." Ketcham began with little knowledge of what to do, little cooperation from the local pilots, and rapidly changing radio usage, traffic conditions, and government regulations. With the advent of World War II, the job became much bigger, with increased Naval training traffic. He retired in 1973.