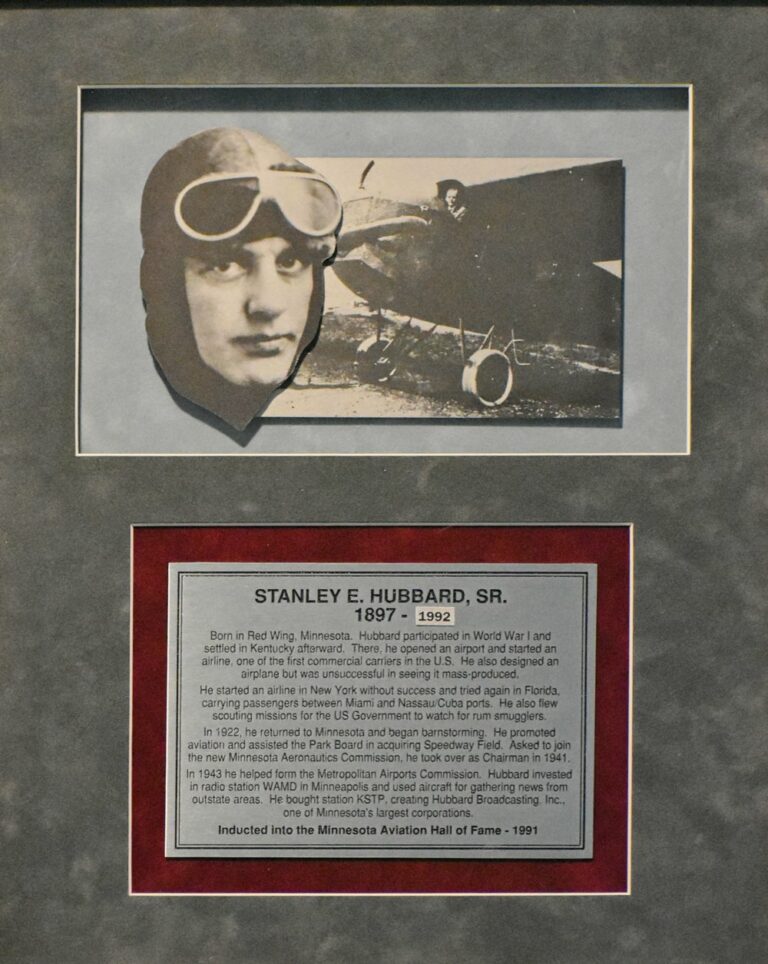 A native of Red Wing, Minnesota, Hubbard took his first flying lessons in 1916. He soon enlisted in the U. S. Cavalry and took part in World War I. Following the war, he settled in Louisville, Kentucky, and opened an airport that became known as Bowman Field. He started an airline, Kentucky Aviation Flight Company, one of the first commercial passenger carriers in the U. S. He designed an aircraft for quantity production, but was unsuccessful in seeing it produced. He tried his hand at starting airlines in New York, and then in Florida, but was only marginally successful. In 1922, he returned to Minnesota and began barnstorming. He lobbied the Park Board to take over Speedway Field. When the Minnesota Aeronautics Commission was formed, Hubbard was appointed a commissioner, and took over as chairman from Ray Miller in 1941, following Miller's call to active duty in the Air Force. Hubbard was instrumental in enacting the regulations that govern flying in Minnesota to this day. In 1943, he helped organize the Metropolitan Airports Commission. In 1924, Hubbard bought radio station, WAMD in Minneapolis, and later bought station KSTP. He pioneered the use of aircraft for gathering news from the far corners of Minnesota, and eventually formed Hubbard Broadcasting, Incorporated, one of Minnesota's most familiar institutions.