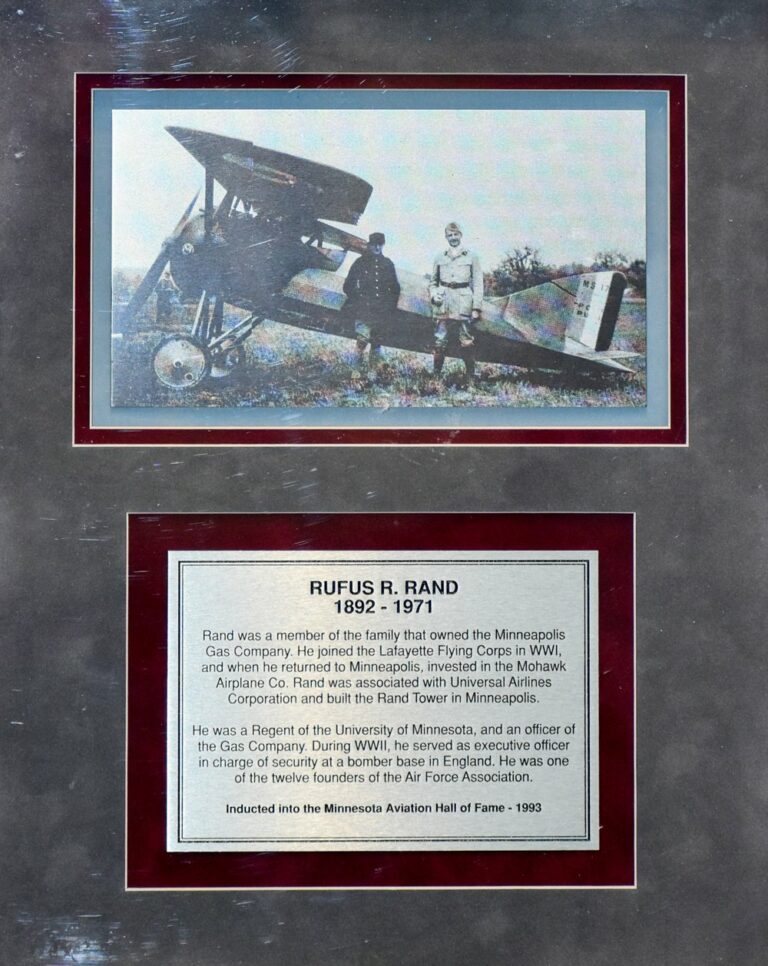 A member of the family which owned the Minneapolis Gas Company, he joined the Lafayette Flying Corps in World War I. Rand returned to Minnesota, and in 1929 invested in the Mohawk Aircraft Company, becoming the company's receiver when it went into bankruptcy in 1931. Rand owned the last few Pinto aircraft built by the company, and sold them off to pay the bills. Rand was associated with the Universal Air Lines Corporation. He built the Rand Tower office building in downtown Minneapolis in the 1930s and was a Regent of the University of Minnesota. He was a State Commander of the American Legion and officer of the Minneapolis Gas Company. During World War II, he served as Executive Officer in charge of security at a bomber base in England and was one of the twelve founders of the Air Force Association.