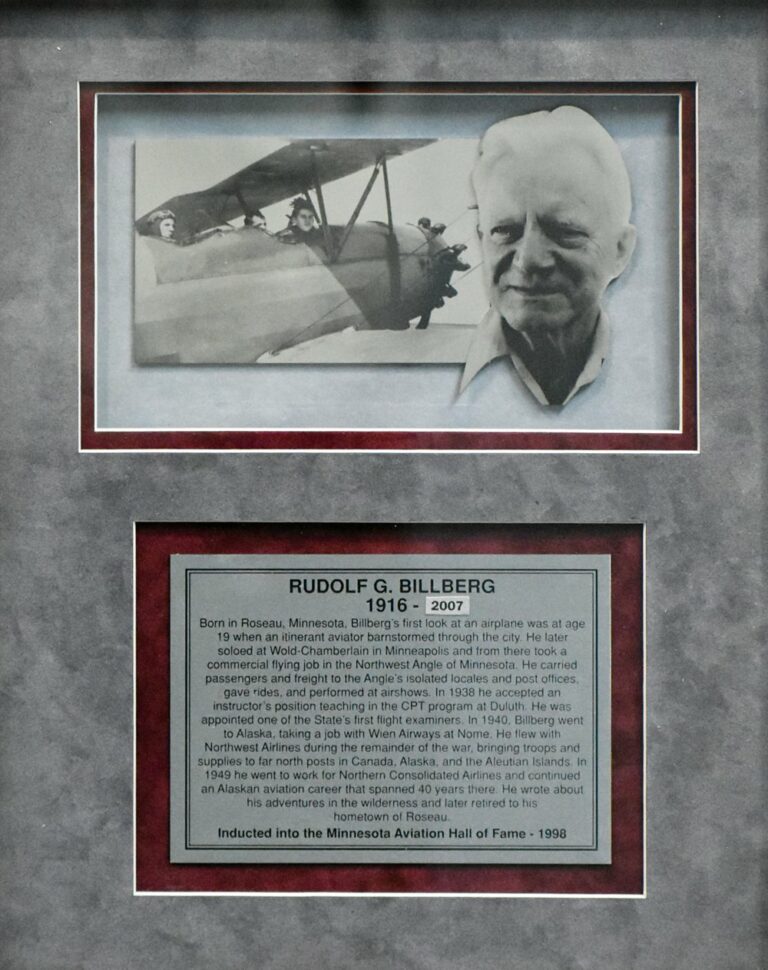 Billberg first saw an airplane at age 19 when an itinerant aviator barnstormed through his hometown of Roseau. He later soloed at Wold-Chamberlain in Minneapolis and from there took a commercial flying job in the Northwest Angle of Minnesota. He carried passengers and freight to the Angle’s isolated locales and post offices, gave rides and performed at air shows. In 1938 he accepted an instructor’s position teaching in the Civil Pilot Training Program (CPT) at Duluth. He also became one of the state’s first flight examiners.

In 1940, Billberg went to Alaska to work for Wien Airways in Nome. He flew with Northwest Airlines during World War II, bringing troops and supplies to far north posts in Canada, Alaska and the Aleutian Islands. In 1949, he went to work for Northern Consolidated Airlines and continued his Alaskan aviator career for over 40 years. He wrote about his adventures in the wilderness before retiring to Roseau.