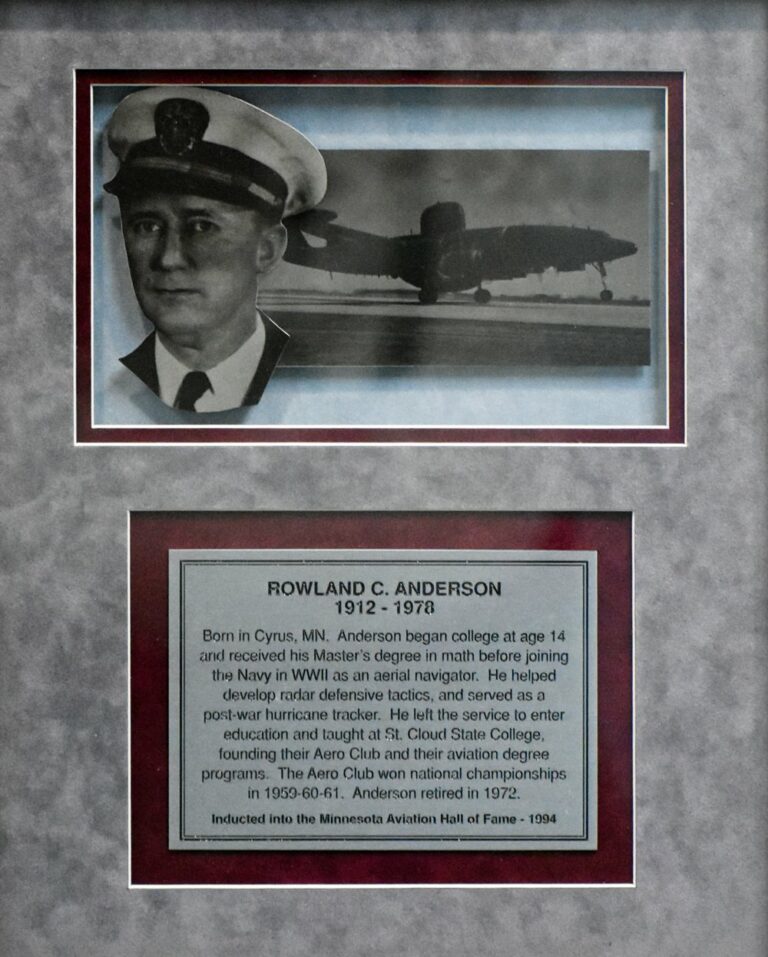 Anderson was born in Cyrus, Minnesota. An advanced student, he entered college at age 14. He had a Master's degree in Mathematics prior to entering Naval Air Service in World War II. As an aerial navigator, he helped develop radar bombing tactics. After the war, he helped pioneer radar tracking of hurricanes, flying night hurricane patrol. He helped develop radar detection of snorkeling submarines during this time, taking time off from studying for a Ph.D. to demonstrate these techniques to the Pentagon.

Following his military service, he entered the education field, teaching at St. Cloud State Teacher's College. He developed the aviation degree program there and organized the Saint Cloud State University (SCSU) Aero Club, which he guided to several national championships during the early 1960s. He inspired hundreds of students to take up aviation careers.