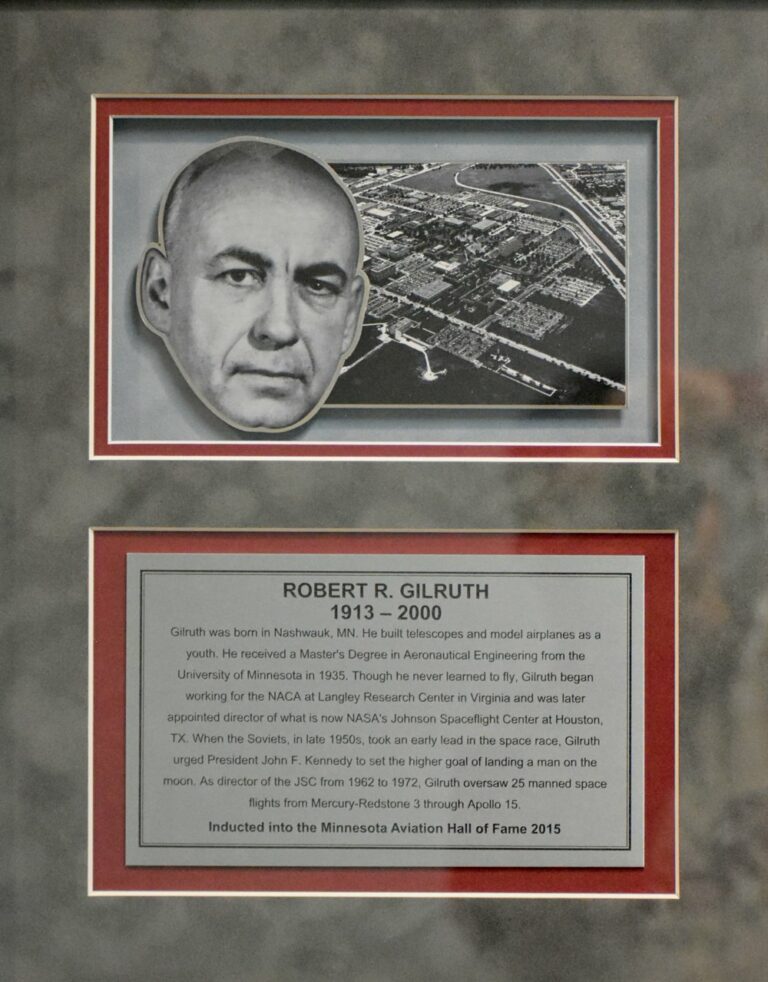 Gilruth was born in Nashwauk, MN. He built telescopes and model airplanes as a youth. He received a Master's Degree in Aeronautical Engineering from the University of Minnesota in 1935. Though he never learned to fly, Gilruth began working for the NACA at Langley Research Center in Virginia and was later appointed director of what is now NASA's Johnson Spaceflight Center at Houston, TX. When the Soviets, in late 1950s, took an early lead in the space race, Gilruth urged President John F. Kennedy to set the higher goal of landing a man on the moon. As director of the JSC from 1962 to 1972, Gilruth oversaw 25 manned space flights from Mercury-Redstone 3 through Apollo 15.