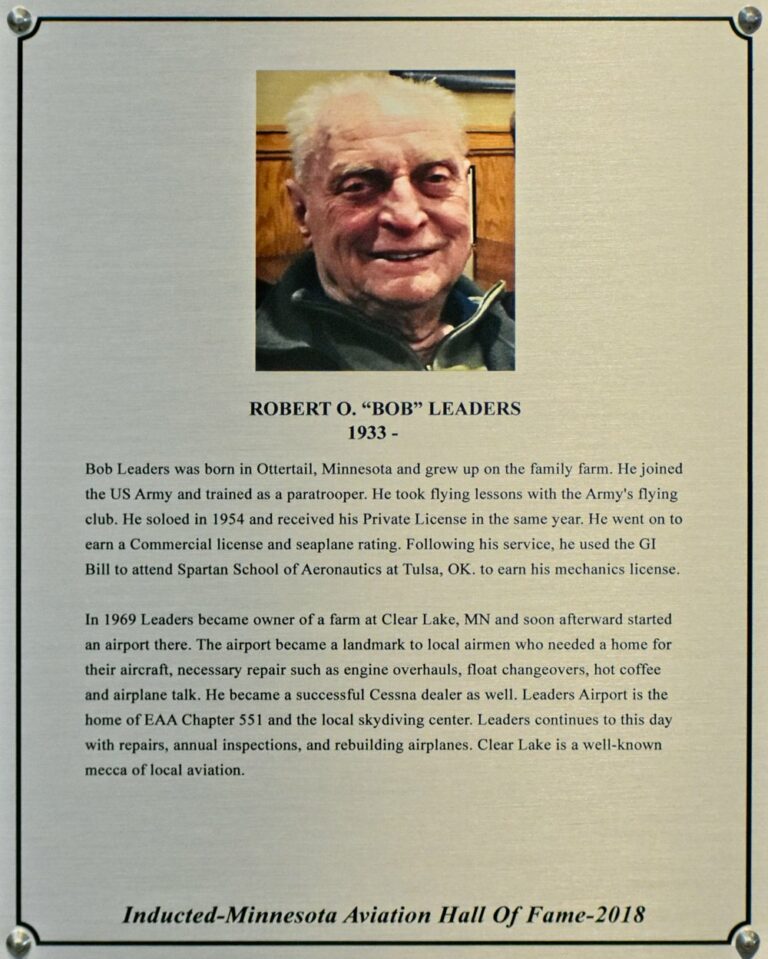 Bob Leaders was born in Ottertail, Minnesota and grew up on the family farm. He joined the US Army and trained as a paratrooper. He took flying lessons with the Army's flying club. He soloed in 1954 and received his Private License in the same year. He went on to earn a Commercial license and seaplane rating. Following his service, he used the GI Bill to attend Spartan School of Aeronautics at Tulsa, OK. to earn his mechanics license.

In 1969 Leaders became owner of a farm at Clear Lake, MN and soon afterward started an airport there. The airport became a landmark to local airmen who needed a home for their aircraft, necessary repair such as engine overhauls, float changeovers, hot coffee and airplane talk. He became a successful Cessna dealer as well. Leaders Airport is the home of EAA Chapter 551 and the local skydiving center. Leaders continues to this day with repairs, annual inspections, and rebuilding worn-out airplanes. Clear Lake is a well-known mecca of local aviation.