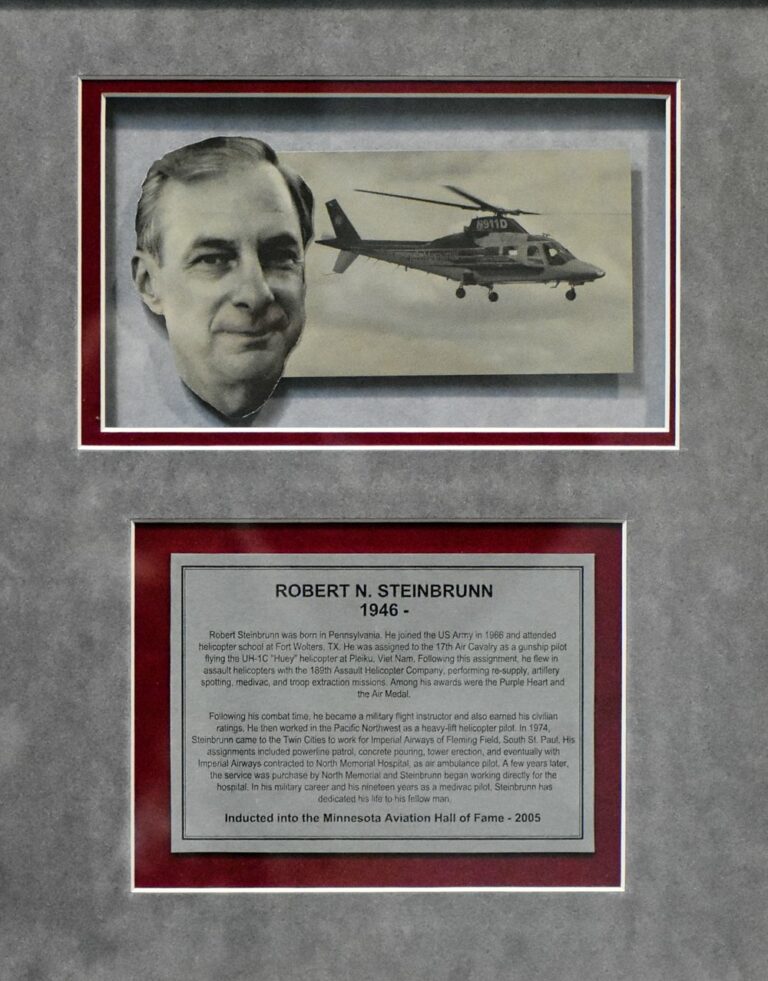 Robert Steinbrunn was born in Pennsylvania. He joined the US Army in 1966 and attended helicopter school at Fort Wolters, TX. He was assigned to the 17th Air Cavalry as a gunship pilot flying the UH-1C “Huey” helicopter at Pleiku, Viet Nam. Following this assignment, he flew in assault helicopters with the 189th Assault Helicopter Company, performing re-supply, artillery spotting, medivac, and troop extraction missions. Among his awards were the Purple Heart and the Air Medal.

Following his combat time, he became a military flight instructor and also earned his civilian ratings. He then worked in the Pacific Northwest as a heavy-lift helicopter pilot. In 1974, Steinbrunn came to the Twin Cities to work for Imperial Airways out of Fleming Field, St. Paul. His assignments included powerline patrol, concrete pouring, tower erection, and eventually with Imperial Airways contracted to North Memorial Hospital, as air ambulance pilot. A few years later, the service was purchased by North Memorial and Steinbrunn began working directly for the hospital. In his military career and his nineteen years as a medivac pilot, Steinbrunn has dedicated his life to his fellow man.