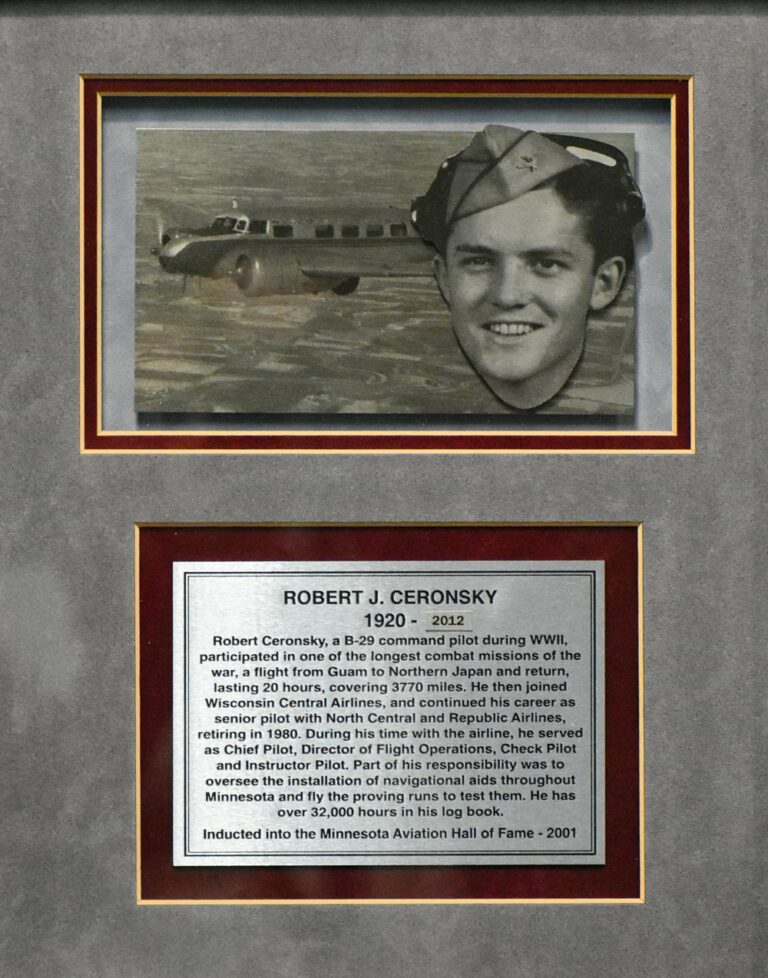 Robert Ceronsky, a B-29 command pilot during World War II, participated in one of the longest combat missions of the war: a round-trip flight from Guam to Northern Japan lasting over twenty hours and covering more that 37,700 miles. After the war he joined Wisconsin Central Airlines and continued his career as senior pilot with North Central Airlines and Republic Airlines.