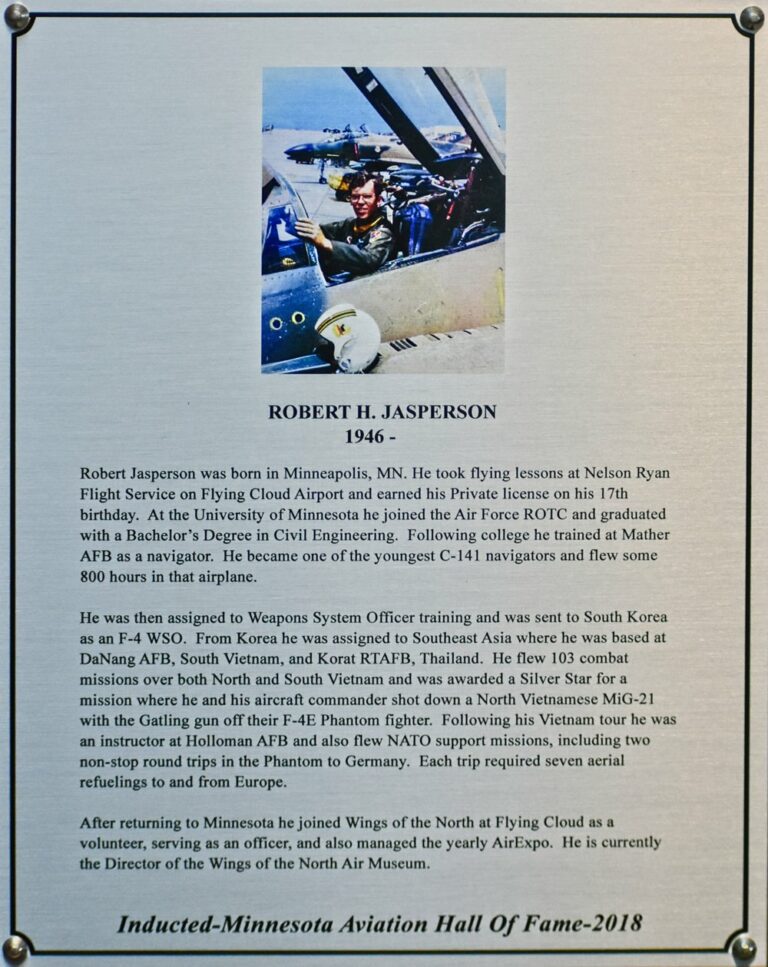 Robert Jasperson was born in Minneapolis, MN. He took flying lessons and earned his Private license on his 17th birthday from Nelson Ryan Flight Service, Flying Cloud Field. At the University of Minnesota, he joined the Air Force ROTC and graduated with a Bachelors Degree in Civil Engineering. Following college, he trained at Mather AFB as a navigator. He became one of the youngest C-141 navigators and flew some 800 hours in that airplane.

He was then assigned to Weapons Service Officer training and was sent to Korea as an F-4 WSO. From Korea, he was assigned to Southeast Asia, where he was based at Korat, Thailand. He flew 103 combat missions over both North and South Vietnam, earning a Silver Star for a mission where he and his aircraft commander shot down a North Vietnamese Mig 21 with the Gatling gun of their F-4E Phantom fighter. Following his Vietnam tour, he flew NATO support missions, including three non-stop round trips in the Phantom to Germany. Each trip required seven aerial refuelings.

He joined Wings of the North Museum at Flying Cloud and served as an officer, managing the yearly Air Expo. Jasperson is currently the Museum Director.