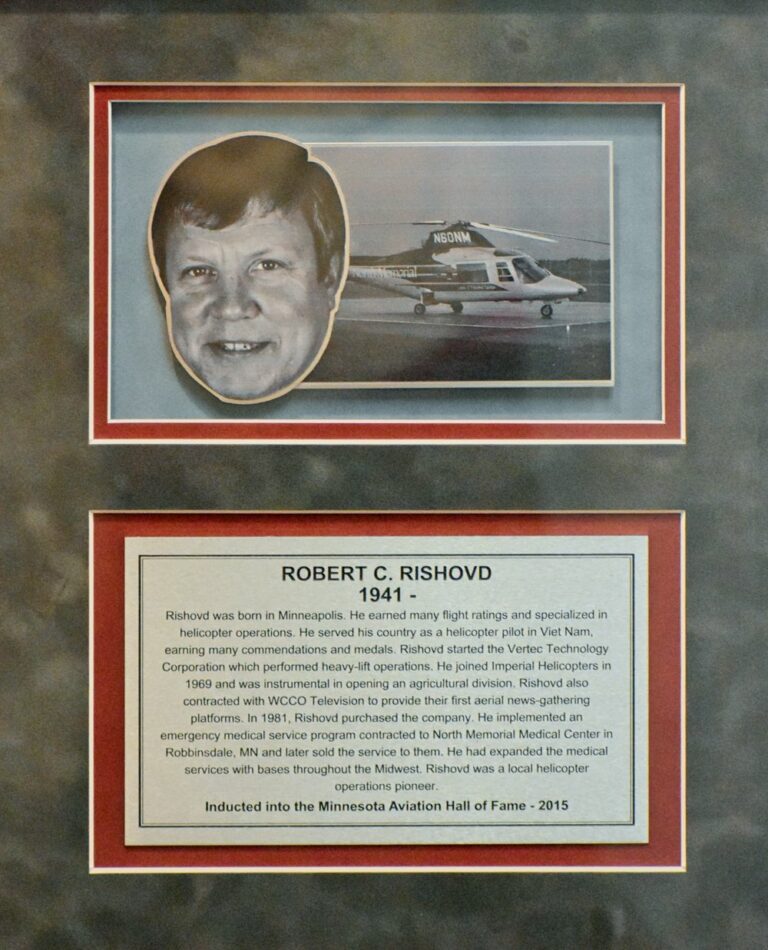 Rishovd was born in Minneapolis. He earned many flight ratings and specialized in helicopter operations. He served his country as a helicopter pilot in Viet Nam, earning many commendations and medals. Rishovd started the Vertec Technology Corporation which performed heavy-lift operations. He joined Imperial Helicopters in 1969 and was instrumental in opening an agricultural division. Rishovd also contracted with WCCO Television to provide their first aerial news-gathering platforms. In 1981, Rishovd purchased the company. He implemented an emergency medical service program contracted to North Memorial Medical Center in Robbinsdale, MN and later sold the service to them. He had expanded the medical services with bases throughout the Midwest. Rishovd was a local helicopter operations pioneer.