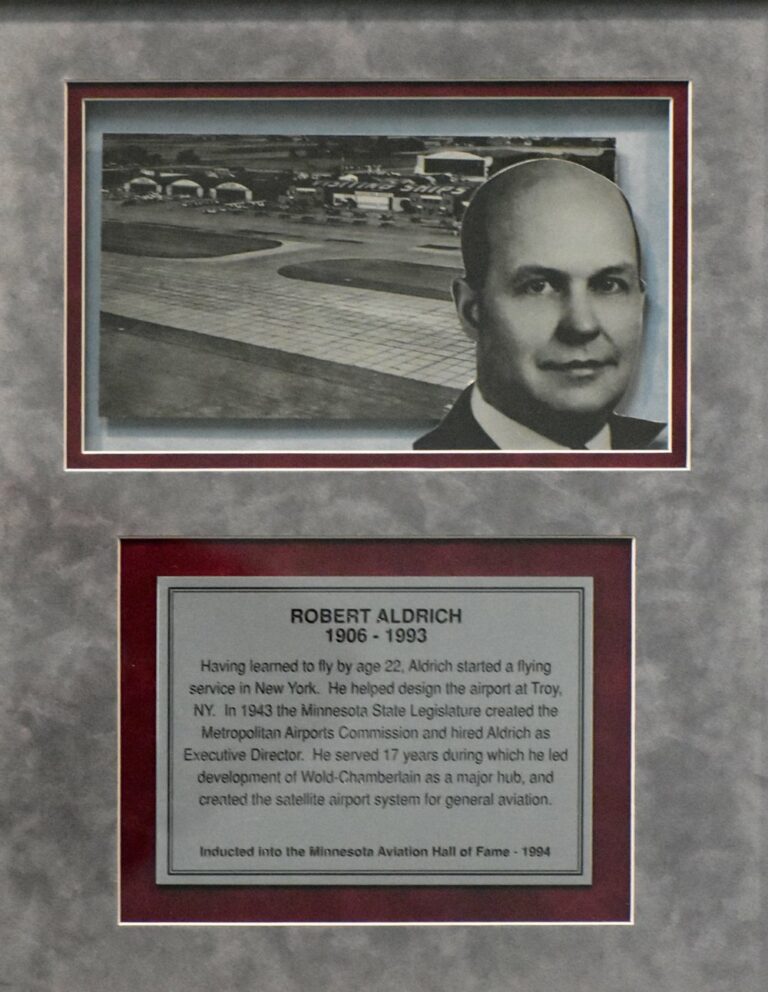 Aldrich studied engineering as a student at RPI University in New York. He learned to fly at age 22, bought an airplane, and started a flying service. He helped design an airport in Albany, then another in Troy, NY, where he became airport manager. He served as President of the New York State Airport Manager's Association and worked for American Airlines.

In 1943, the Minnesota State legislature organized the Metropolitan Airports Commission (MAC) and hired Aldrich as Executive Director. He served seventeen years in this capacity, during which time he directed the MAC's $54 million expansion program at Wold-Chamberlain Field and helped create the metropolitan reliever airport system that enhances both the commercial air traffic movement and the general aviation access to service. Aldrich was controversial, but dedicated to building and preserving the International Airport as an economic focus for Minnesota business.