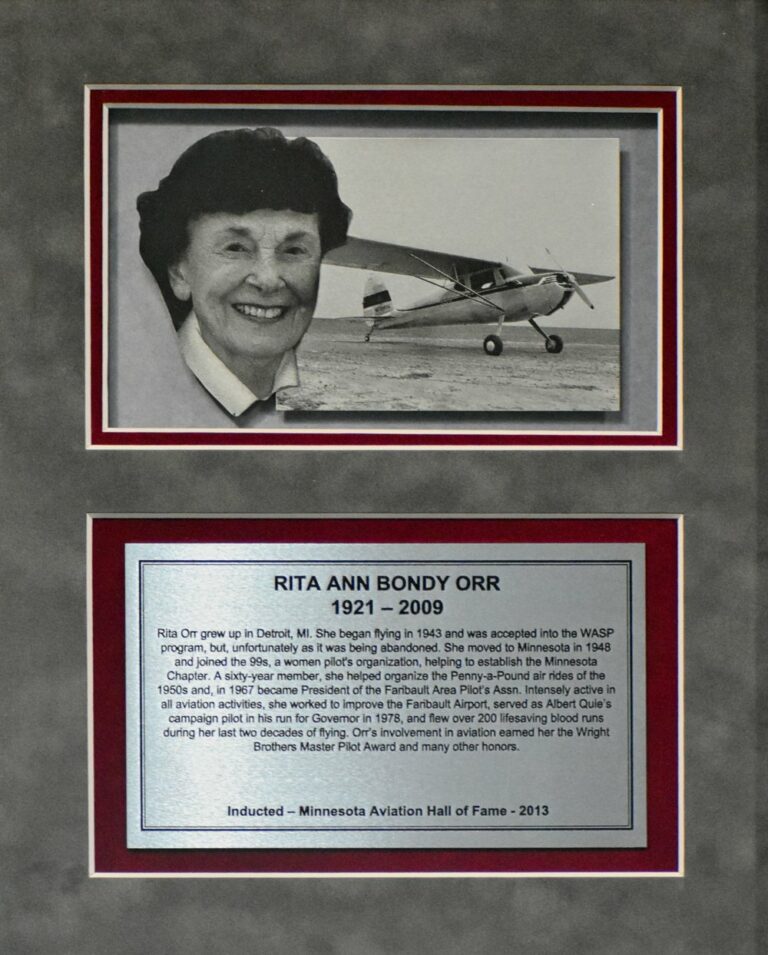 Rita Orr grew up in Detroit, MI. She began flying in 1943 and was accepted into the WASP program, but, unfortunately as it was being abandoned. She moved to Minnesota in 1948 and joined the 99s, a women’s pilot organization, helping to establish the Minnesota Chapter. A sixty-year member, she helped organize the Penny-a-Pound air rides of the 1950s and, in 1967 became President of the Faribault Area Pilot’s Assn. Intensely active in all aviation activities, she worked to improve the Faribault Airport, served as Albert Quie’s campaign pilot in his run for Governor in 1978, and flew over 200 lifesaving blood runs during her last two decades of flying. Orr’s involvement in aviation earned her the Wright Bros. Master Pilot Award and many other honors.