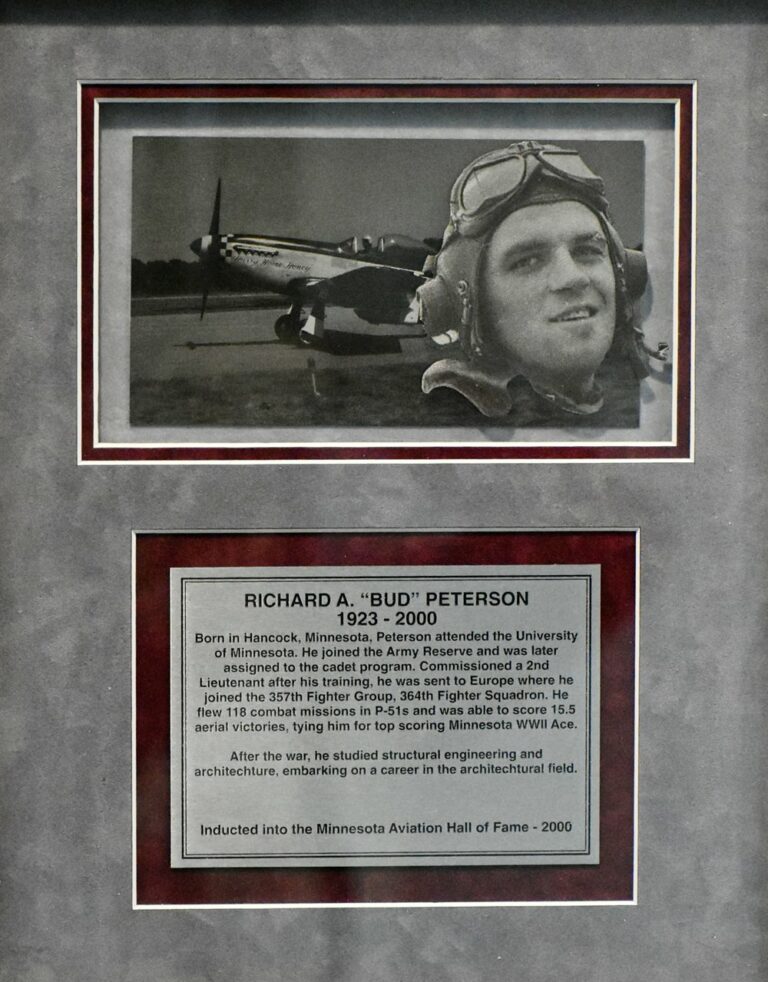 Hancock native Bud Peterson attended the University of Minnesota before joining the Army Reserve. He went through the cadet program and became a second lieutenant. He was sent to Europe to join the 357th Fighter Group, 364th Fighter Squadron. He flew 118 combat missions in P-51s and was able to score 15.5 aerial victories, tying him with Maj. Don Beerbower as the top scoring Minnesota World War II aces.

After the war Peterson studied structural engineering and architecture and became an architect.