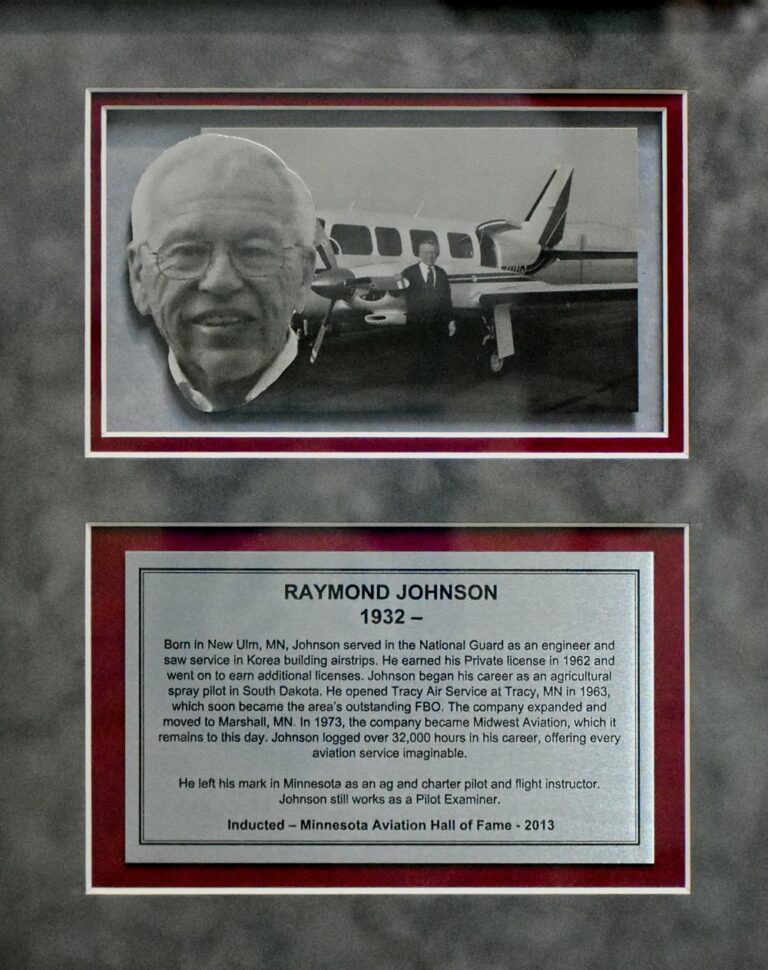 Born in New Ulm, MN, Johnson served in the National Guard as an engineer and saw service in Korea building airstrips. He earned his Private license in 1962 and went on to earn additional licenses. Johnson began his career as an agricultural spray pilot in South Dakota. He opened Tracy Air Service at Tracy, MN in 1963, which soon became the area’s outstanding FBO. The company expanded and moved to Marshall, MN. In 1973, the company became Midwest Aviation, which it remains to this day. Johnson logged over 32,000 hours in his career, offering every aviation service imaginable. He left his mark in Minnesota as an ag and charter pilot and flight instructor. Johnson still works as a Pilot Examiner.