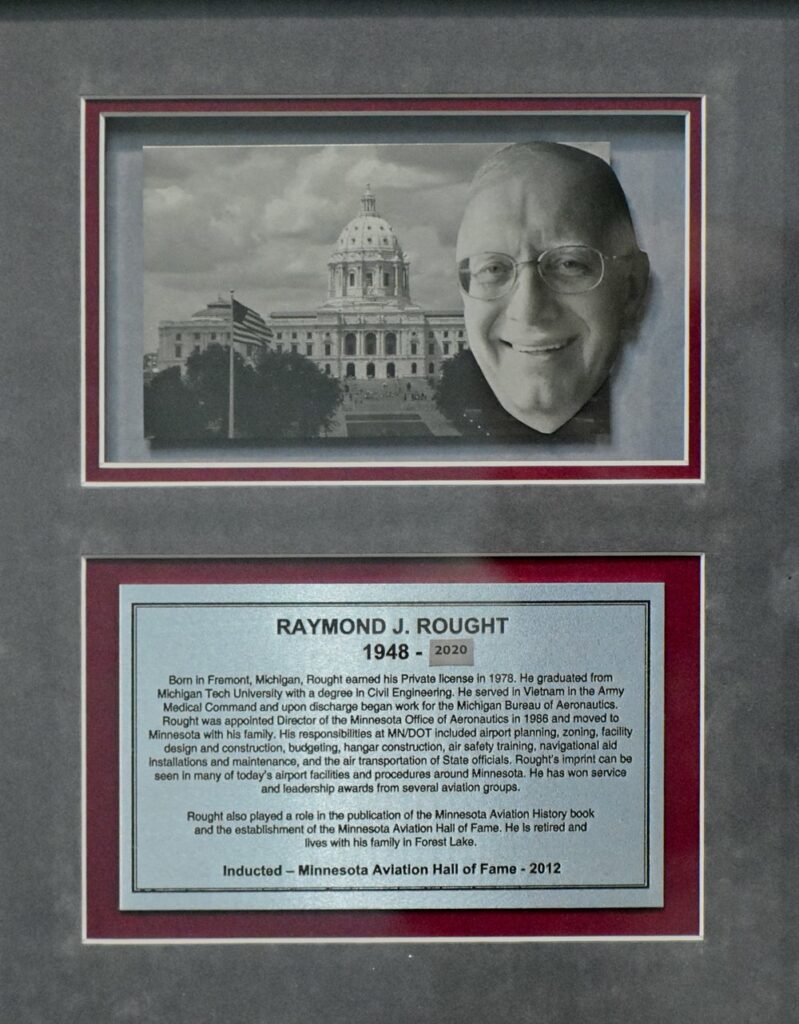 Born in Freemont, Michigan, Rought earned his Private license in 1978. He graduated from Michigan Tech University with a degree in Civil Engineering. He served in Vietnam in the Army medical Command and upon discharge began work for the Michigan Bureau of Aeronautics. Rought was appointed Director of the Minnesota Office of Aeronautics in 1986 and moved to Minnesota with his family. His responsibilities at MN/DOT included airport planning, zoning, facility design and construction, budgeting, hangar construction, air safety training, navigational aid installations and maintenance, and the air transportation of State officials. Rought’s imprint can be seen in many of today’s airport facilities and procedures around Minnesota. He has won service and leadership awards from several aviation groups. Rought also played a role in the publication of the Minnesota Aviation history book and the establishment of the Minnesota Aviation Hall of Fame. He is retired and lives with his family in Forest Lake. .