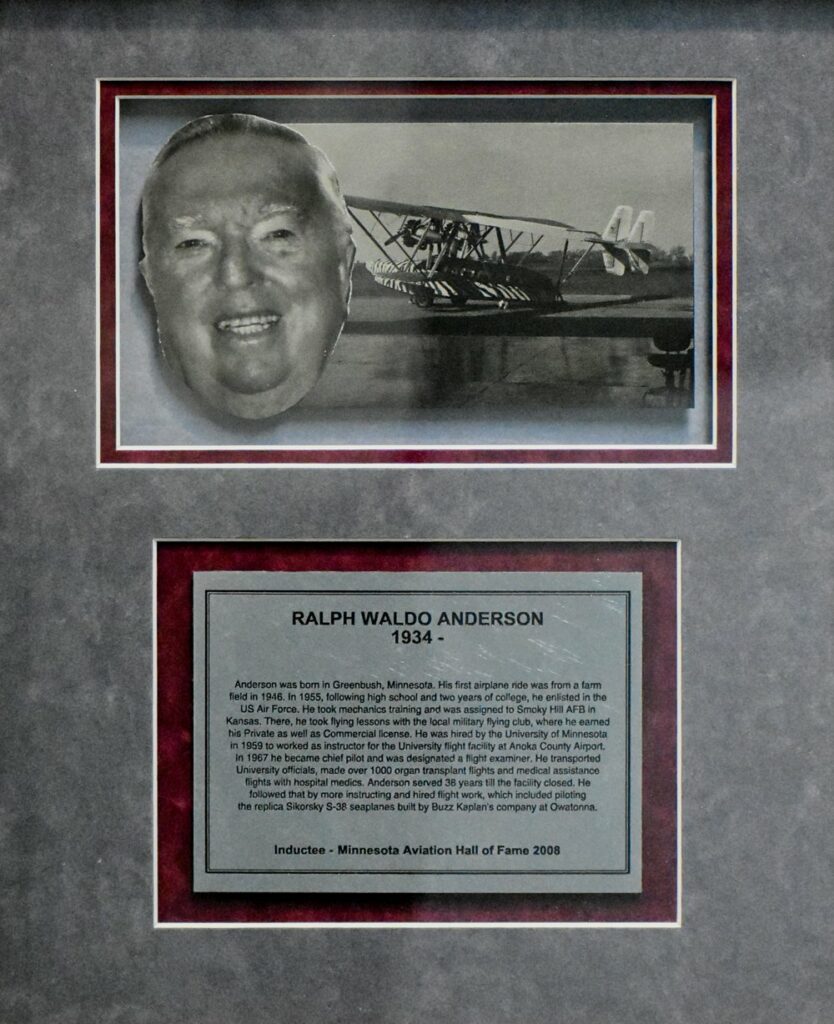 Anderson was born in Greenbush, Minnesota. His first airplane ride was from a farm field in 1946. In 1955, following high school and two years of college, he enlisted in the US Air Force. He took mechanics training and was assigned to Smoky Hill AFB in Kansas. There, he took flying lessons with the local military flying club, where he earned his Private as well as Commercial license. He was hired by the University of Minnesota in 1959 to worked as instructor for the University flight facility at Anoka County Airport. In 1967 he became chief pilot and was designated a flight examiner. He transported University officials, made over 1000 organ transplant flights and medical assistance flights with hospital medics. Anderson served 38 years till the facility closed. He followed that by more instructing and hired flight work, which included piloting the replica Sikorsky S-38 seaplanes built by Buzz Kaplan’s company at Owatonna.