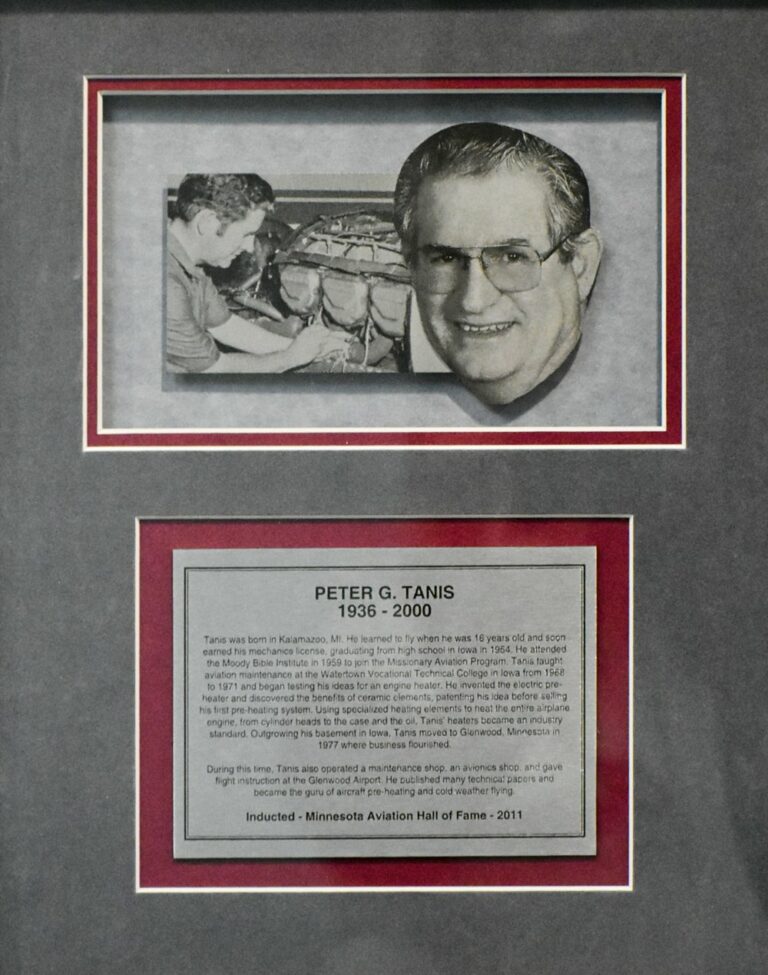 Tanis was born in Kalamazoo, MI. He learned to fly when he was 16 years old and soon earned his mechanics license, graduating from high school in Iowa in 1954. He attended the Moody Bible Institute in 1959 to join the Missionary Aviation Program. Tanis taught aviation maintenance at the Watertown Vocational Technical College in Iowa from 1968 to 1971 and began testing his ideas for an engine heater. He invented the electric pre-heater and discovered the benefits of ceramic elements, patenting his idea before selling his first pre-heating system. Using specialized heating elements to heat the entire airplane engine, from cylinder heads to the case and the oil, Tanis’ heaters became an industry standard. Outgrowing his basement in Iowa, Tanis moved to Glenwood, Minnesota in 1977 where business flourished.

During this time, Tanis also operated a maintenance shop, an avionics shop, and gave flight instruction at the Glenwood Airport. He published many technical papers and became the guru of aircraft pre-heating and cold weather flying.