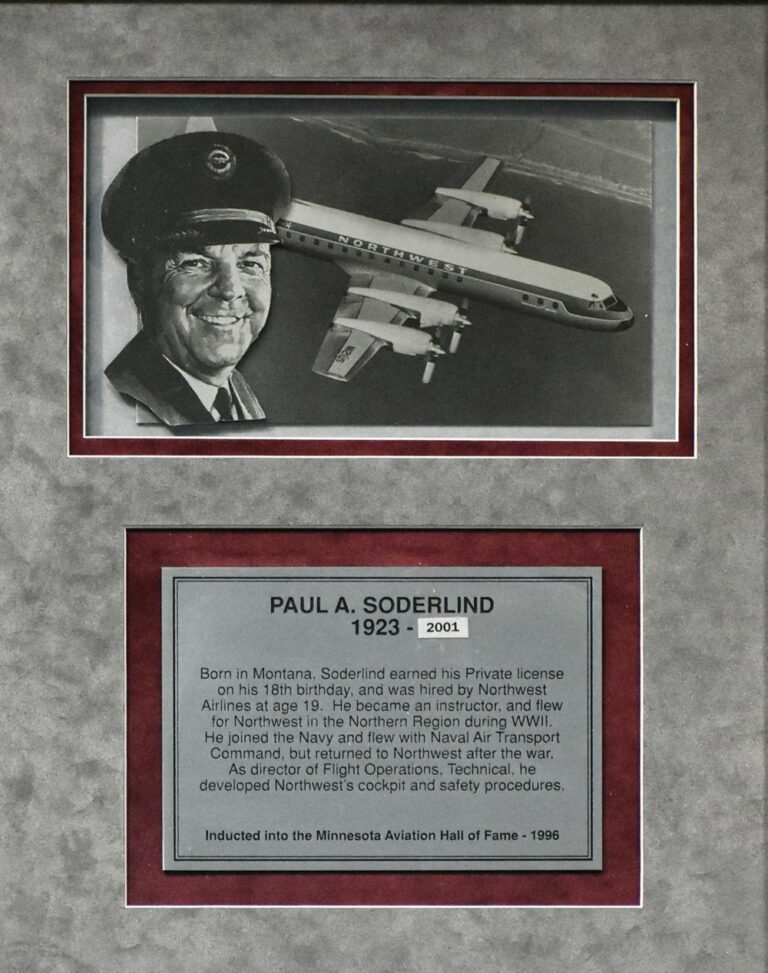 Montana native Paul Soderlind received his private license on his 18th birthday. At age 19 he went to work for Northwest Airlines as an instrument instructor and flew in the Northern Region during World War II. He joined the Navy in 1944 and flew with Naval Air Transport Command.

Soderlind returned to Northwest after the war and developed many safety procedures. He eventually became director of technical flight operations, a unit that plans cockpit procedures. He and Don Sowa produced Northwest’s Turbulence Plot Program to detect wind shear and other high altitude turbulence.