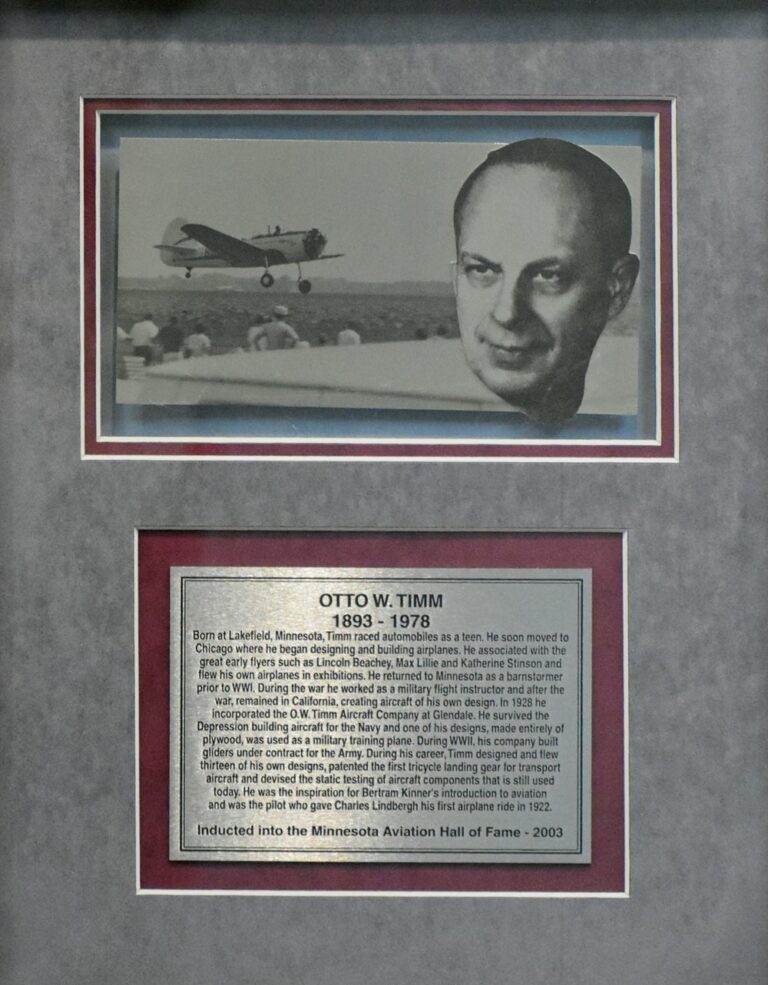 Born in Lakefield, MN, Timm raced automobiles as a teen. He soon moved to Chicago where he began designing and building airplanes. He associated with the great early flyers such as Lincoln Beachey, Max Lillie and Katherine Stinson, and flew his own airplanes in exhibitions.

He returned to MN as a barnstormer prior to WWI. During the war, he worked as a military flight instructor and after the war, remained in CA creating aircraft of his own design. In 1928 he incorporated the O.W. Timm Aircraft Company at Glendale. He survived the depression building aircraft for the Navy and one of his designs, made entirely of molded plywood, was used as a military training plane. During WWII his company built gliders under contract for the Army.

During his career Timm designed and flew 13 of his own designs, patented the first tricycle landing gear for transport aircraft, and devised the static testing of aircraft components that is in use today. He was the inspiration for engine designer Bertram Kinner's introduction to aviation and was the pilot who gave Charles Lindbergh his first airplane ride in 1922.