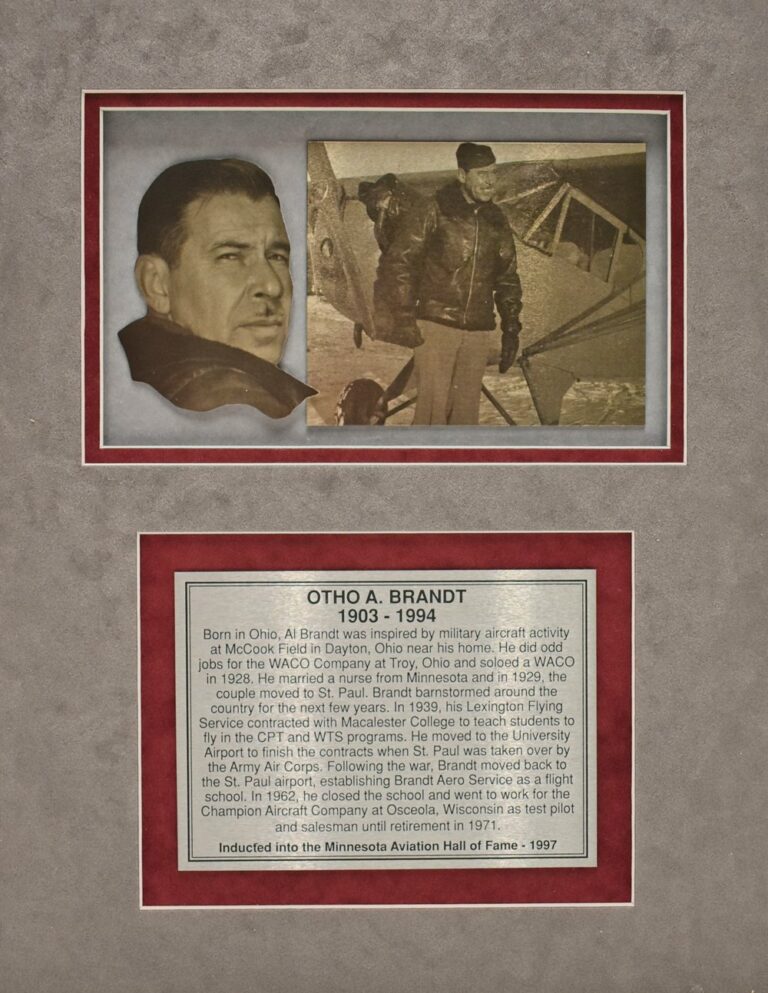 Ohio-born Al Brandt found his inspiration from military aircraft activity at McCook Field in Dayton, Ohio, near his home. He did odd jobs for the WACO Company in Troy, Ohio, and soloed a WACO in 1928. He married a nurse from Minnesota and they moved to St. Paul in 1929. Brandt barnstormed around the country for the next few years. In 1929, his Lexington Flying Service contracted with Macalester College to teach students to fly in the Civil Pilot Training Program (CPT) and the War Training Service (WTS). He moved to the University Airport to finish the contracts when St. Paul was taken over by the Army Air Corps.

Following the war Brandt established the Brandt Aero Service flight school at the St. Paul Municipal Airport. He closed the school in 1962 to work as a test pilot and salesperson for Champion Aircraft Company, Osceola, Wisconsin. Brandt retired in 1971.