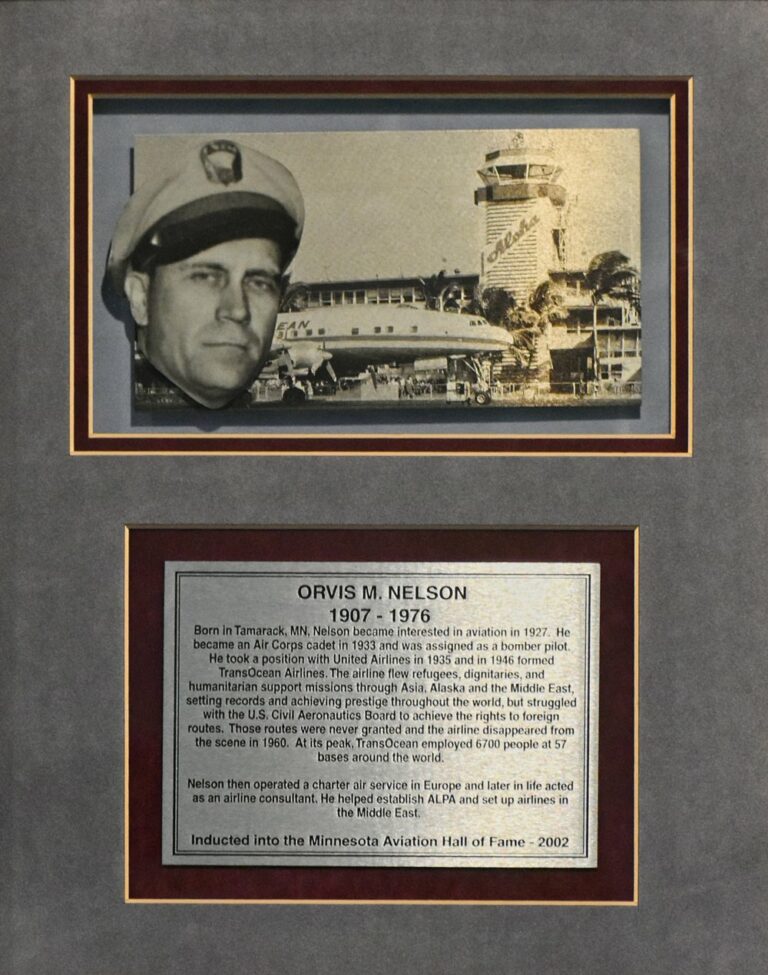 Born to a pioneering family in Tamarack, Minnesota, Nelson became interested in aviation in 1927. He became an Air Corps cadet in 1933 and was assigned as a bomber pilot. He took a position with United Airlines in 1935 and in 1946 formed TransOcean Airlines.

The airline flew refugees, dignitaries and humanitarian support missions through Asia, Alaska and the Middle East, setting records and achieving prestige throughout the world. It struggled with the U.S. Civil Aeronautics Board to achieve rights to foreign routs, but they were never granted and the airline disappeared from the scene in 1960. At its peak, TransOcean employed over 6,700 people and 57 bases around the globe.

Nelson then operated a charter air service in Europe and later in life acted as an airline consultant. He helped establish the Air Line Pilots Association (ALPA) and set up airlines in the Middle East.