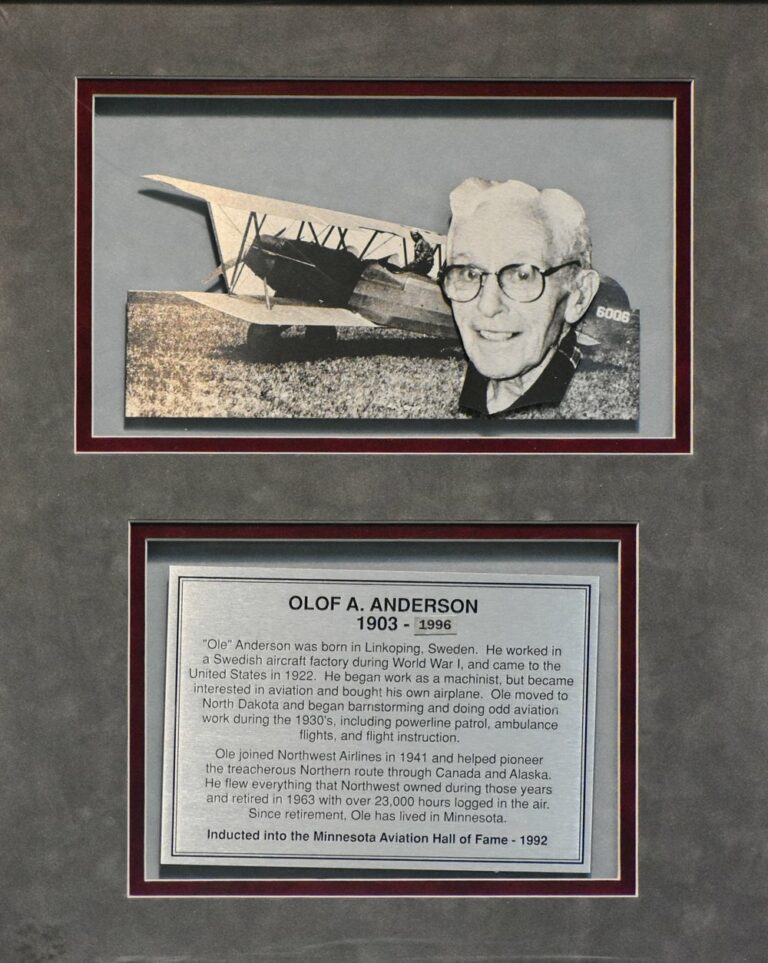 Ole Anderson was born in Linkoping, Sweden. After working in Swedish aircraft factories, he migrated to America and became a resident of North Dakota. He barnstormed the Dakotas and Minnesota and joined Northwest Airlines in 1941. Anderson helped pioneer the Northern Routes through Canada and Alaska. Ole retired in 1963 and made his home in Minnesota. He was inducted into the Minnesota Aviation Hall of Fame in 1992.