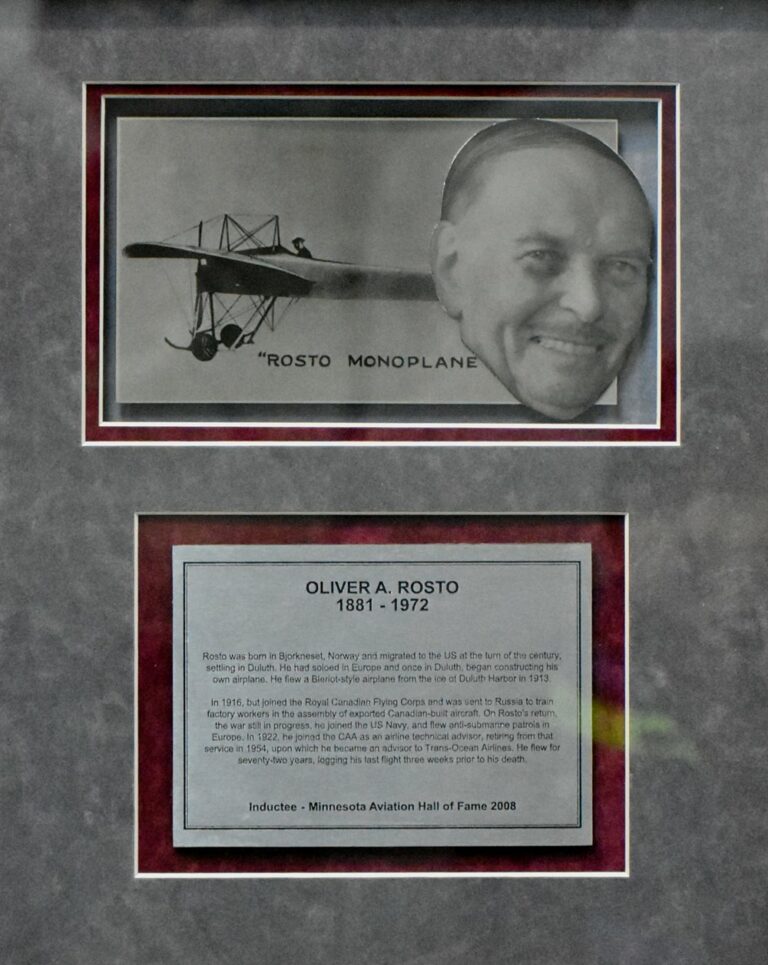 Rosto was born in Bjorkneset, Norway and migrated to the US at the turn of the century, settling in Duluth. He had soloed in Europe and once in Duluth, began constructing his own airplane. He flew a Bleriot-style airplane from the ice of Duluth Harbor in 1913.

In 1916, but joined the Royal Canadian Flying Corps and was sent to Russia to train factory workers in the assembly of exported Canadian-built aircraft. On Rosto’s return, the war still in progress, he joined the US Navy, and flew anti-submarine patrols in Europe. In 1922, he joined the CAA as an airline technical advisor, retiring from that service in 1954, upon which he became an advisor to Trans-Ocean Airlines. He flew for seventy-two years, logging his last flight three weeks prior to his death.