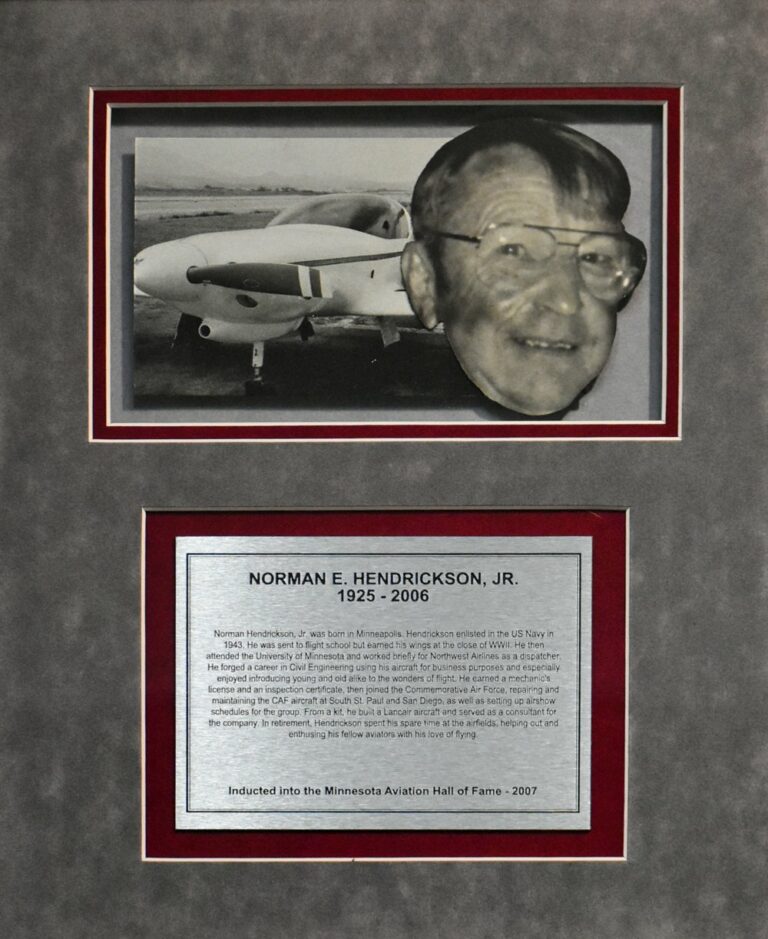 Norman Hendrickson, Jr. was born in Minneapolis. He enlisted in the US Navy in 1943. He was sent to flight school but earned his wings at the close of WWII. He then attended the University of Minnesota and worked briefly for Northwest Airlines as a dispatcher. He forged a career in Civil Engineering using his aircraft for business purposes and especially enjoyed introducing young and old alike to the wonders of flight. He earned a mechanic’s license and inspection certificate, then joined the Commemorative Air Force, repairing and maintaining the CAF aircraft at South St. Paul and San Diego, as well as setting up airshow schedules for the group. From a kit, he built a Lancair aircraft and served as a consultant for the company. In retirement, Hendrickson spent his spare time at the airfields, helping out and enthusing his fellow aviators with his love of flying.