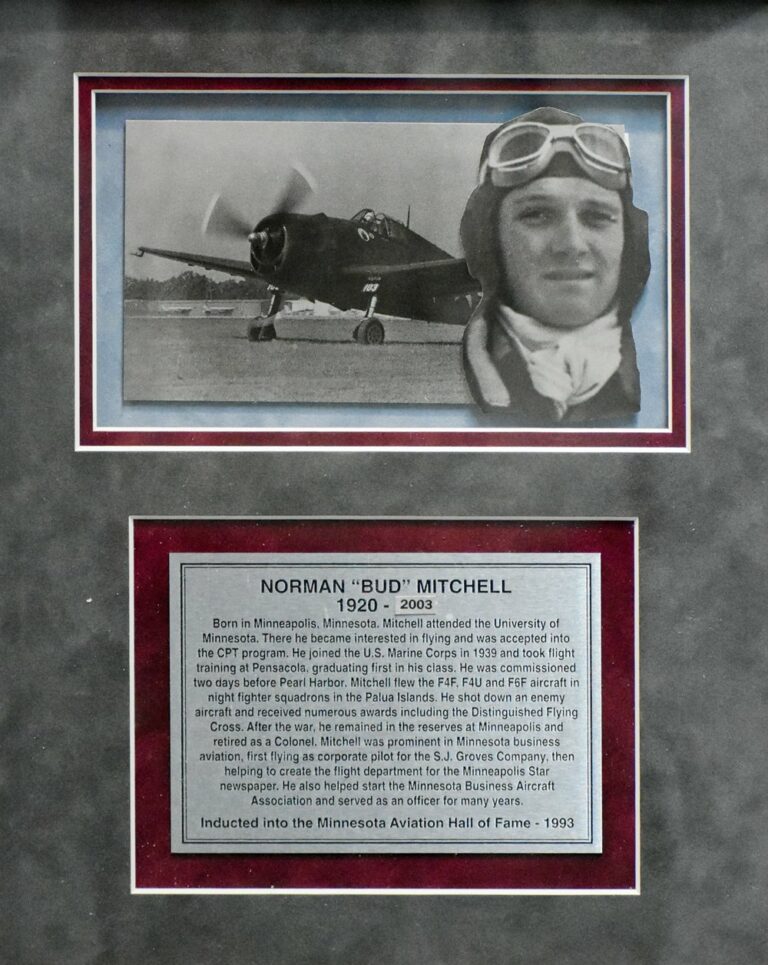 Norman "Bud" Mitchell was a Marine night fighter pilot with two tours in WWII. He was decorated for his action at Pelileu, shooting down a pesky Japanese night intruder. Norm came back from the wars and became a corporate pilot, president of the National Business Aircraft Association, and retired as a G2 pilot for the Star Tribune newspaper. He retired at 60 and was on holiday in Hawaii when a wave hit him from the back. He was completely paralyzed.