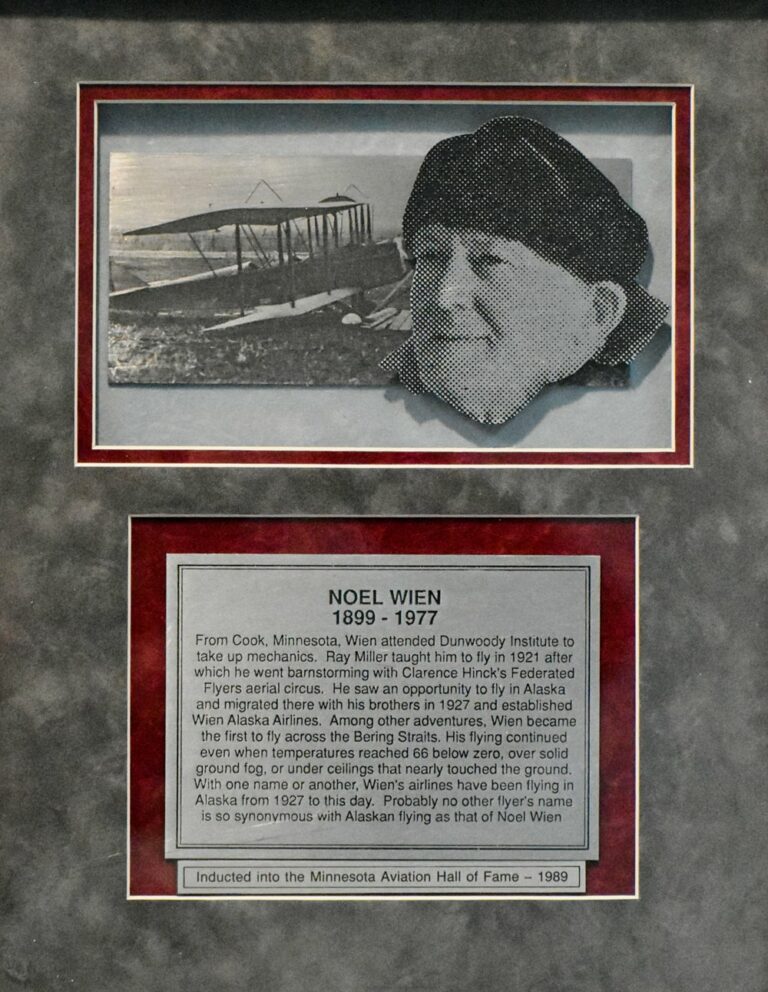 From Cook, Minnesota, Wien attended Dunwoody Institute to take up mechanics. Ray Miller taught him to fly in 1921 after which he went barnstorming with Clarence Hinck's Federated Flyers aerial circus. Wien saw an opportunity to fly in Alaska and migrated there with his brothers in 1927 and established Wien Alaska Airlines. Among other adventures, Wien became the first to fly across the Bering Straits. His flying continued even when temperatures reached 66 below zero, over solid ground fog, or under ceilings that nearly touched the ground. With one name or another, Wien's airlines have been flying in Alaska from 1927 to this day. Probably no other flyer's name is more synonymous with Alaskan flying than that of Noel Wien.