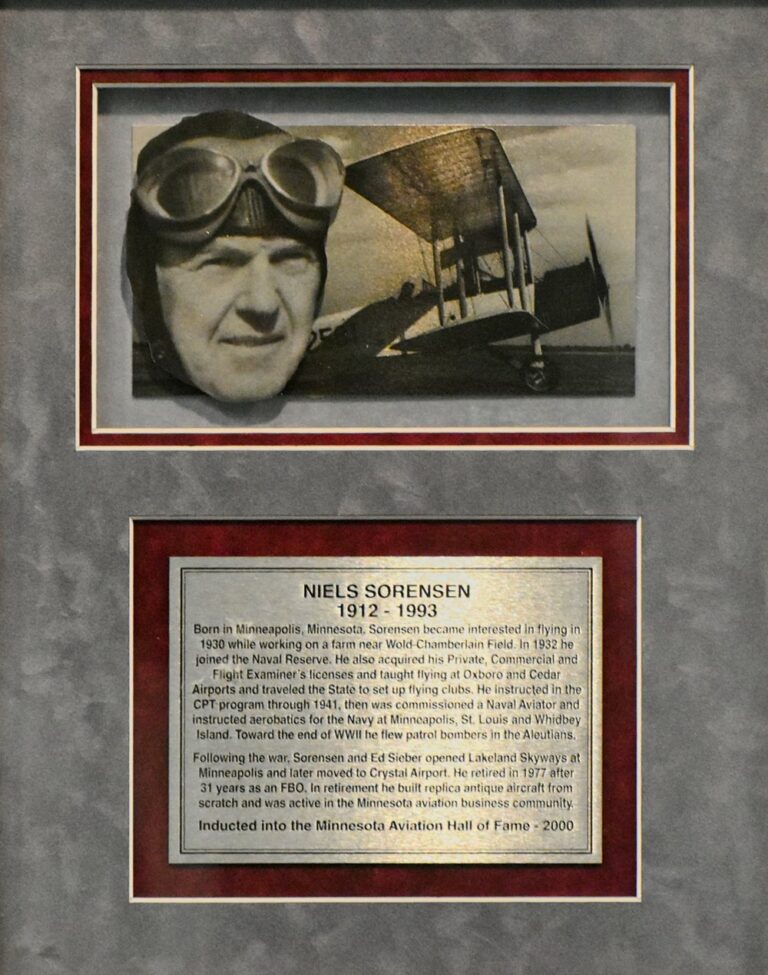 Minneapolis-born Niels Sorensen became interested in flying in 1930 while working on a farm near Wold-Chamberlain Field. In 1932 he joined the Naval Reserve. He acquired private, commercial and flight examiners licenses; taught flying at Oxboro and Cedar Airports; and set up flying clubs. Later he taught in the Civilian Pilot Training Program (CPTP) through 1941 before serving as a naval aviator, and an aerobatics instructor for the Navy at Minneapolis, St. Louis and Whidbey Island. Toward the end of World War II, he flew patrol bombers in the Aleutians.

Following the war, Sorensen and Ed Sieber opened Lakeland Skyways at Minneapolis and later moved to Crystal Airport. He retired in 1977 after 31 years to build replicas of antique aircraft. He remained active in the aviation business community.