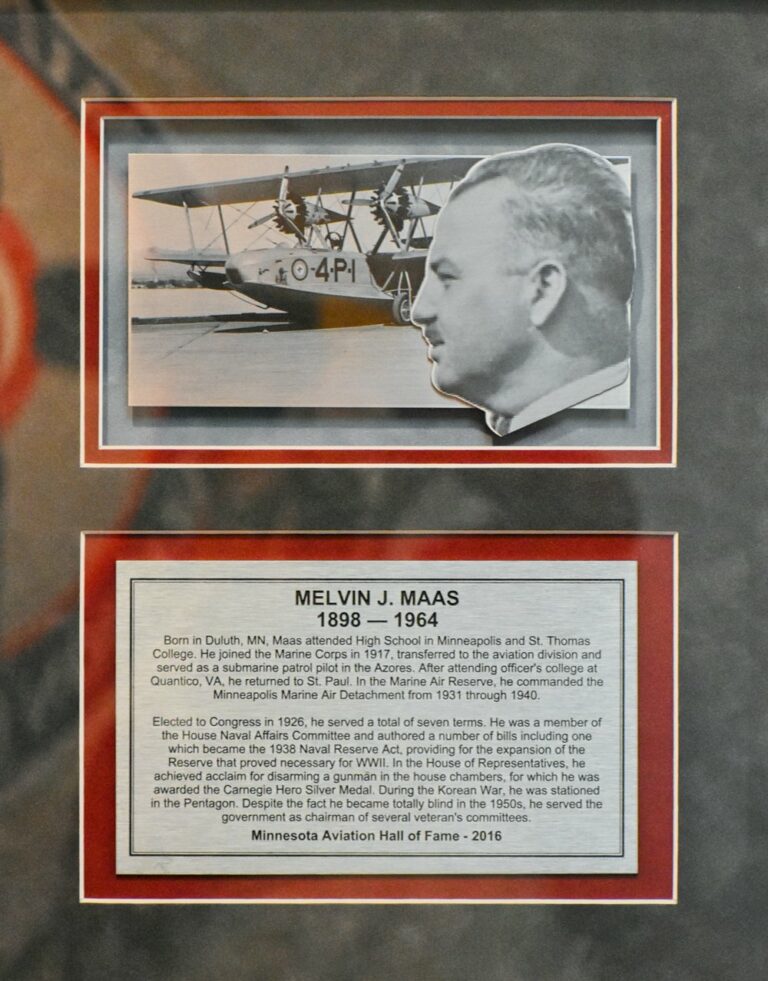 Born in Duluth, MN, Maas attended schools in the Twin Cities.. He joined the Marine Corps in 1917, transferred to the aviation division and served as a submarine patrol pilot in the Azores. After attending officer's college he returned to St. Paul. In the Marine Air Reserve, he commanded the Minneapolis Marine Air detachment from 1931 through 1940. Elected to Congress in 1926, he served a total of seven terms. He was a member of the House Naval Affairs Committee and authored a number of bills including the 1938 Naval Reserve Act, providing for the expansion of the reserve that proved necessary for WWII. In the House of Representatives he achieved acclaim for disarming a gunman in the house chambers. During the Korean War, he was stationed in the Pentagon. Despite the fact he became totally blind in the 1950s, he served the government as chairman of several veteran's committees.