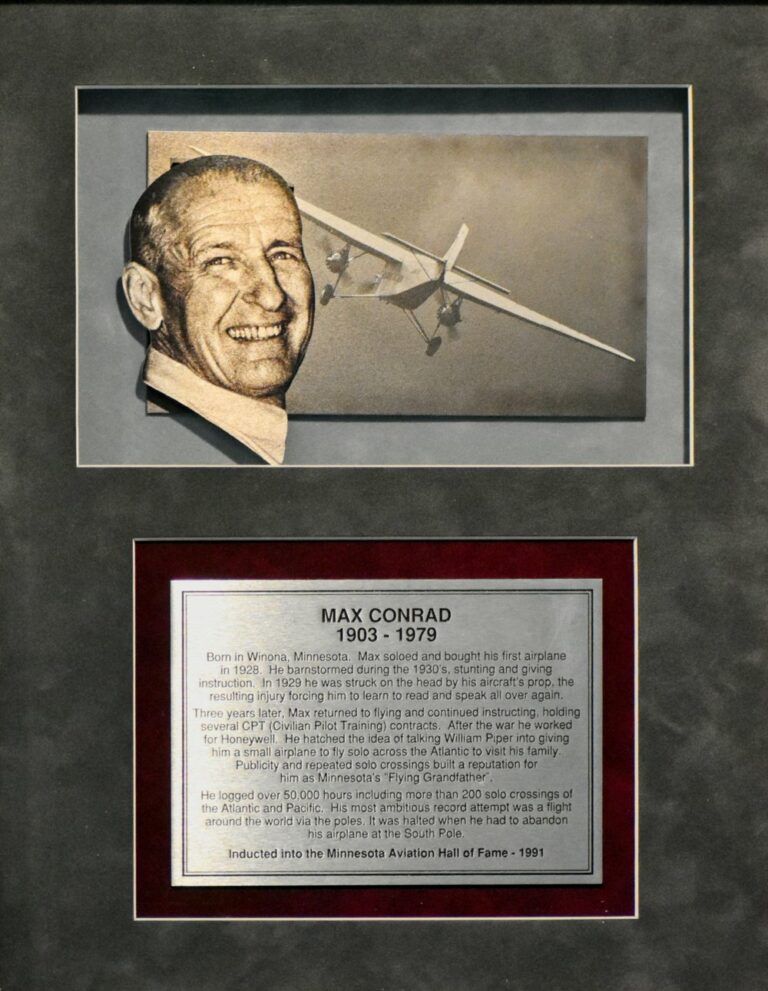 From Winona, Minnesota, Conrad was a college athlete. He took up flying and opened his own flight school, operating from a farm strip that many years later would become the Winona city airport. During the pre-war years, he contracted with several colleges to run flight training in conjunction with their Civil Pilot Training Program (CPT). At one time he had seven of these programs. He started an airline between Rochester, the Twin Cities and Duluth, but found it impossible to maintain fixed schedules. He worked for the Honeywell Company as corporate pilot following World War II and began making deliveries of Piper aircraft around the world. Conrad eventually recorded well over two hundred solo ocean crossings, of both the Atlantic and Pacific, and began making record-breaking flights. His most ambitious trip was to include a flight around the world via the poles. His journey across the north pole went well, but he had to abandon his plane at the south pole when it suffered engine problems. Minnesotans grew to love this hard-working and intense individual and nicknamed him "The Flying Grandfather."