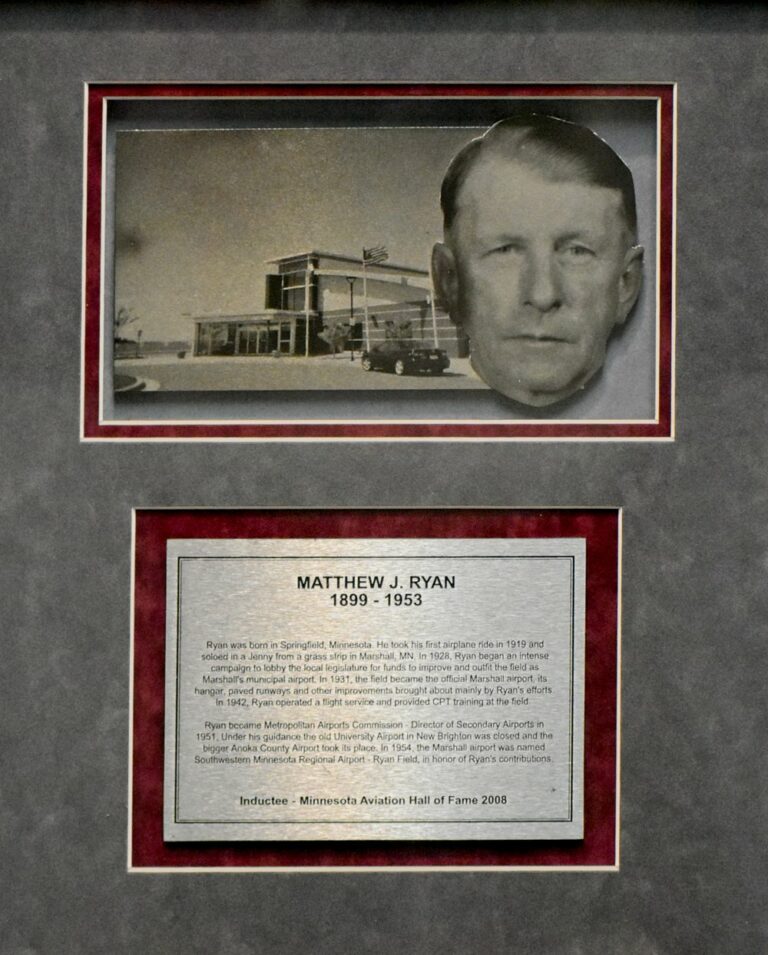 Ryan was born in Springfield, Minnesota. He took his first airplane ride in 1919 and soloed in a Jenny from a grass strip in Marshall, MN. In 1928, Ryan began an intense campaign to lobby the local legislature for funds to improve and outfit the field as Marshall’s municipal airport. In 1931, the field became the official Marshall airport, its hangar, paved runways and other improvements brought about mainly by Ryan’s efforts. In 1942, Ryan operated a flight service and provided CPT training at the field.

Ryan became Metropolitan Airports Commission - Director of Secondary Airports in 1951. Under his guidance the old University Airport in New Brighton was closed and the bigger Anoka County Airport took its place. In 1954, the Marshall airport was named Southwestern Minnesota Regional Airport – Ryan Field, in honor of Ryan’s contributions.