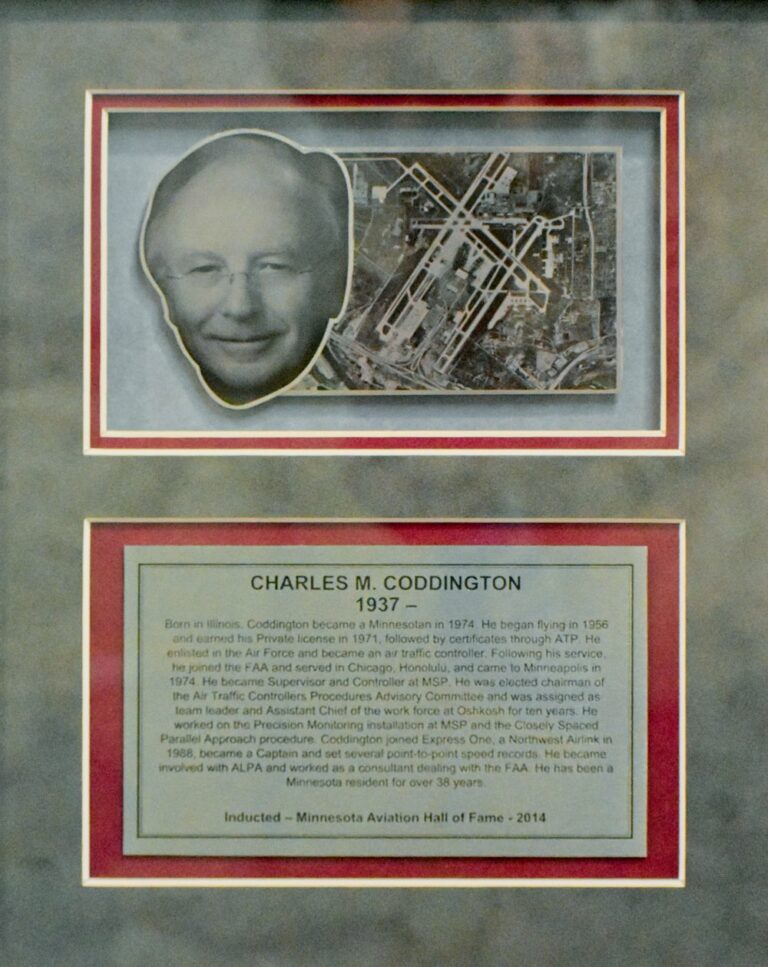 Born in Illinois, Coddington became a Minnesotan in 1974. He began flying in 1956 and earned his Private license in 1971, followed by certificates through ATP. He enlisted in the Air Force and became an air traffic controller. Following his service, he joined the FAA and served in Chicago, Honolulu and then came to Minneapolis in 1974. He became Supervisor and Controller at MSP. He was elected chairman of the Air Traffic Controllers Procedures Advisory Committee and was assigned as team leader and Assistant Chief of the work force at Oshkosh for ten years. He worked on the Precision Monitoring installation at MSP and the Closely Spaced Parallel Approach procedure.

Coddington joined Express One, a Northwest Airlink in 1988, became a Captain and set several point-to-point speed records. He became involved with ALPA and worked as a consultant dealing with the FAA. He has been a Minnesota resident for over 38 years.