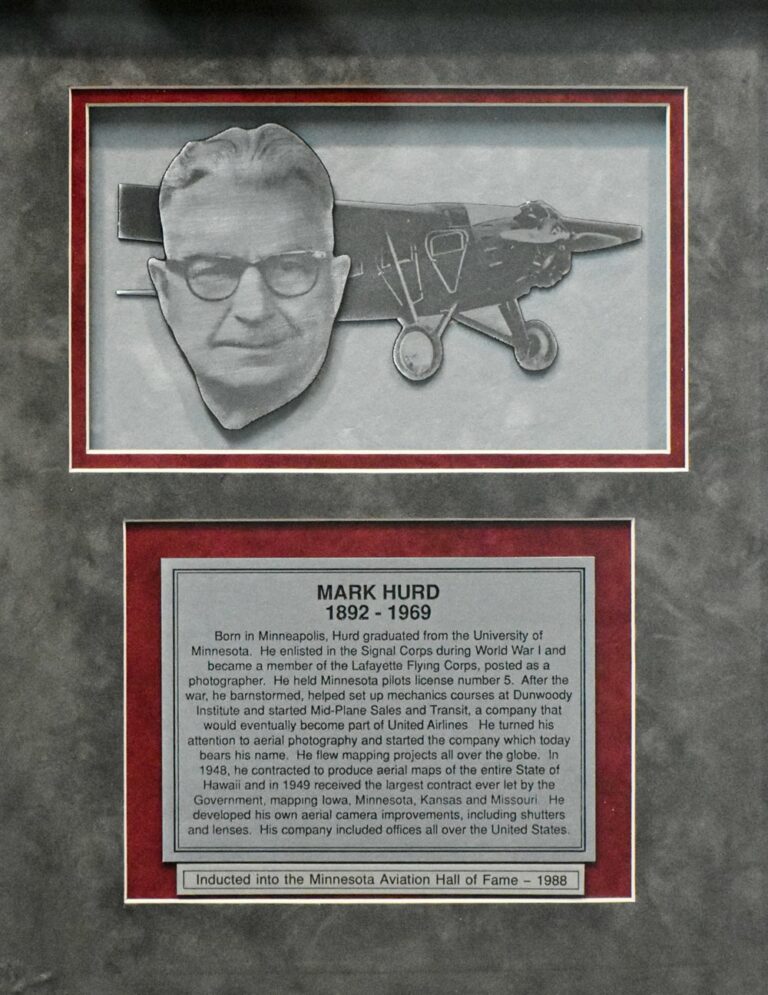 Hurd graduated from the University of Minnesota in 1914 with a degree in chemical engineering. He enlisted in the Signal Corps and was sent to France, where he served as an aerial observer and photographer. Following the war, he opened an aerial survey business in Chicago, and returned to the Twin Cities with the Fairchild aircraft franchise. Here, he was issued Minnesota pilot's license number five. He organized Mid-Plane Sales & Transit company at Speedway Field and was soon bought out by the Universal Air Lines organization. In 1920 Hurd became manager of the Aero Club of Minneapolis, set up the welding and aircraft mechanics courses at Dunwoody Institute, and became a charter member of the National Aeronautics Association as well as the newly formed AOPA. (Aircraft Owners and Pilots Association.) Hurd also organized Great Northern Aviation at Wold-Chamberlain with training schools in St. Paul, Duluth, Cloquet, and Coleraine. His next enterprise was Aerial Photographic Service Corp, which later became the Hurd Aerial Mapping Company, whose contracts included those with the Minnesota Highway Department, the National Guard, and the U. S. Forest Service. He developed improvements in aerial cameras, and aerial photo techniques. In World War II, he was assigned to General Patton's office, in charge of aerial reconnaisance. Following the war, Hurd returned to Minnesota and formed Mark Hurd Aerial Surveys.