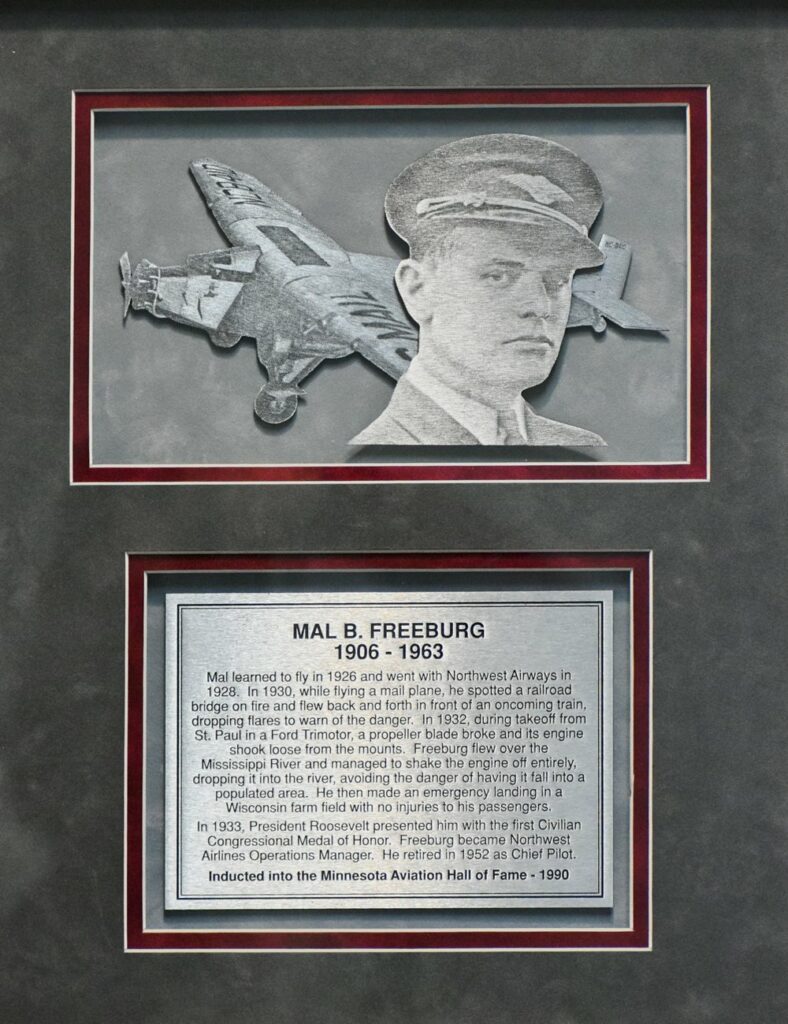 Mal learned to fly in 1926 and established Freeburg Flying Service at Shenandoah, Iowa. He went with Northwest Airways in 1928. In 1930, while flying a mail plane, he spotted a burning railroad bridge and flew back and forth in front of an oncoming train, dropping flares to warn of the danger. In 1932, shortly after takeoff in a Northwest Ford Trimotor, a prop blade broke on the left side engine and the engine shook loose from its mounts. As it hung from its various cables and hoses, Freeburg flew over the Mississippi River and managed to shake the engine off entirely, avoiding the danger of having it fall into a populated area. He then made an emergency landing in farm field in Wisconsin with no injuries to the passengers or crew. In 1933, President Roosevelt presented him with the first Civilian Air Mail Medal of Honor. Freeburg was Northwest Airways operations manager in 1933. He retired in 1952.