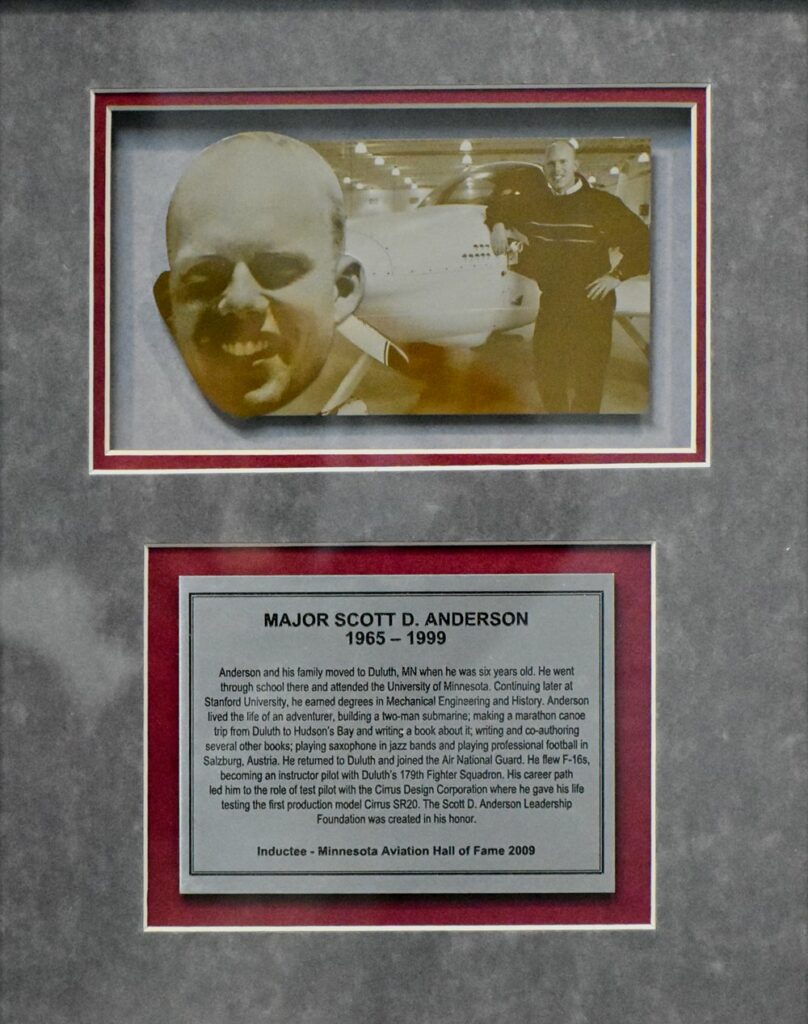 Anderson and his family moved to Duluth, MN when he was six years old. He went through school there and attended the University of Minnesota. Continuing later at Stanford University, he earned degrees in Mechanical Engineering and History. Anderson lived the life of an adventurer, building a two-man submarine; making a marathon canoe trip from Duluth to Hudson’s Bay and writing a book about it; writing and co-authoring several other books; playing saxophone in jazz bands and playing professional football in Salzburg, Austria. He returned to Duluth and joined the Air National Guard. He flew F-16s, becoming an instructor pilot with Duluth’s 179th Fighter Squadron. His career path led him to the role of test pilot with the Cirrus Design Corporation where he gave his life testing the first production model Cirrus SR20. The Scott D. Anderson Leadership Foundation was created in his honor.