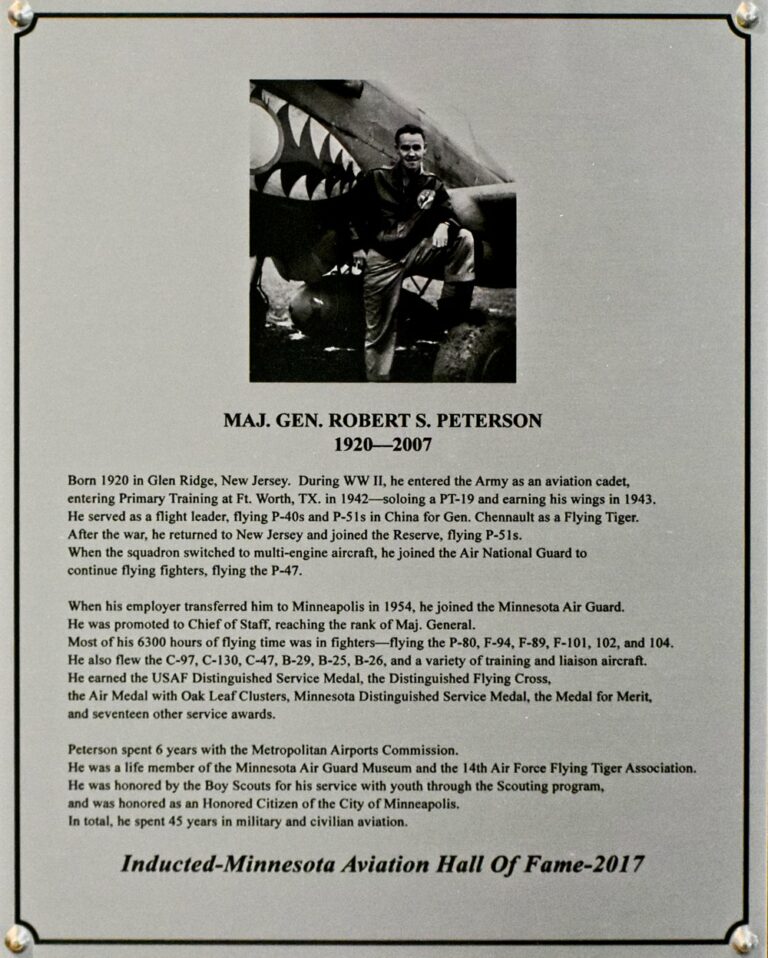 Gen. Peterson was born in Glen Ridge, New Jersey. In 1942 he applied for and received an aviation cadet slot and began primary flight training in Fort Worth, Texas. He earned his wings in 1943 and was assigned to the Chinese theatre where he flew P-40s for Gen. Chennault. He was transferred to the P-51 in Chikiang, China. He served as flight leader and squadron commander, his tour ending in 1946. Returning home to New Jersey, he joined the Air Force Reserve.

When Peterson's employer, Prudential Insurance transferred him to Minneapolis in 1954, he joined the Minnesota Air Guard and flew all models of Guard aircraft from the P-51 to the C-97. He was promoted to chief of staff and finally to Major General. He flew the F-101, F-102 and the F-4 before finally retiring. He earned the USAF Distinguished Service medal, the Distinguished Flying Cross, the Air Medal with Oak Leaf Clusters, Minnesota Distinguished Service medal and Medal for merit and seventeen other service awards.

Peterson was appointed to the Metropolitan Airports Commission, where he served for six years. He was honored as an Honorary Citizen of the City of Minneapolis. He retired from Prudential as the vice president of Computer and Data Management.