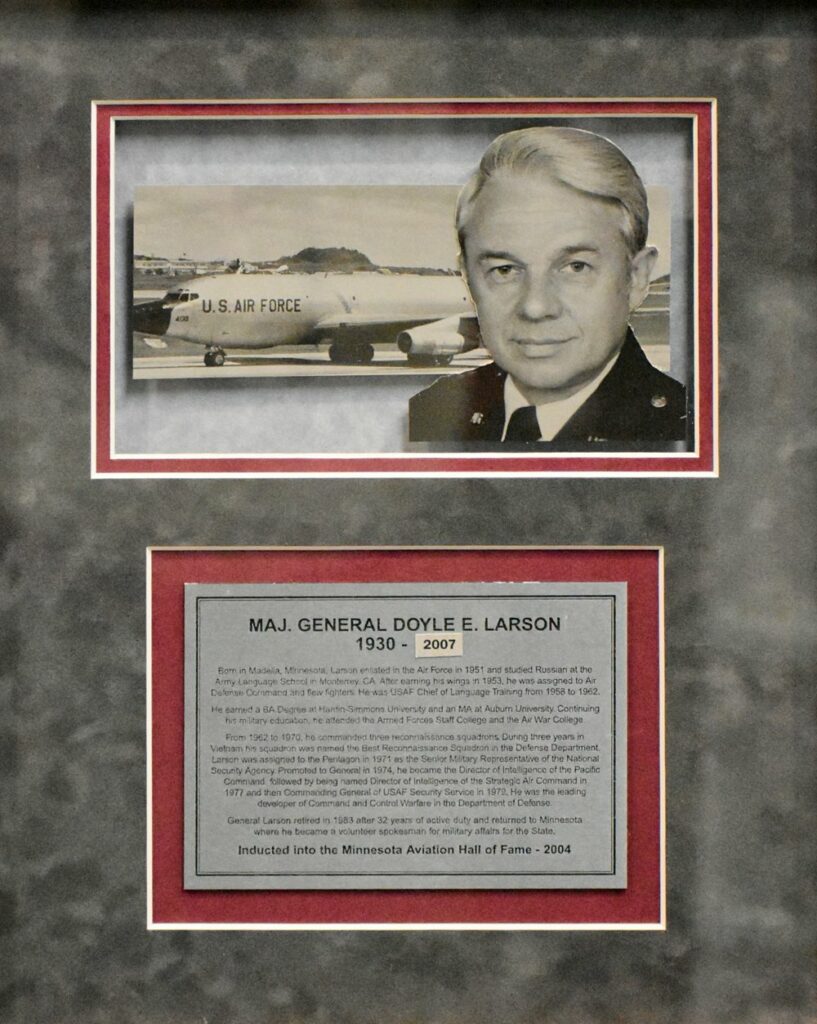 Born in Madelia, Minnesota, Larson enlisted in the Air Force in 1951 and studied Russian at the Army Language School in Monterey, CA. After earning his wings in 1953, he was assigned to Air Defense Command and flew fighters. He was USAF chief of Language Training from 1958 to 1962.

He earned a BA Degree at Hardin-Simmons University and an MA at Auburn University. Continuing his military education, he attended the Armed Forces Staff College and the Air War College.

From 1962 to 1970, he commanded three reconnaissance squadrons. During three years in Vietnam his squadron was named the Best Reconnaissance Squadron in the Defense Department. Larson was assigned to the Pentagon in 1971 as the Senior Military Representative of the National Security Agency. Promoted to General in 1974, he became the Director of Intelligence of the Pacific Command, followed by being named Director of Intelligence of the Strategic Air Command in 1977 and then Commanding General of USAF Security Service in 1979. He was the leading developer of Command and Control Warfare in the Department of Defense.

General Larson retired in 1983 after 32 years of active duty and returned to Minnesota where he became a volunteer spokesman for military affairs for the Senate.