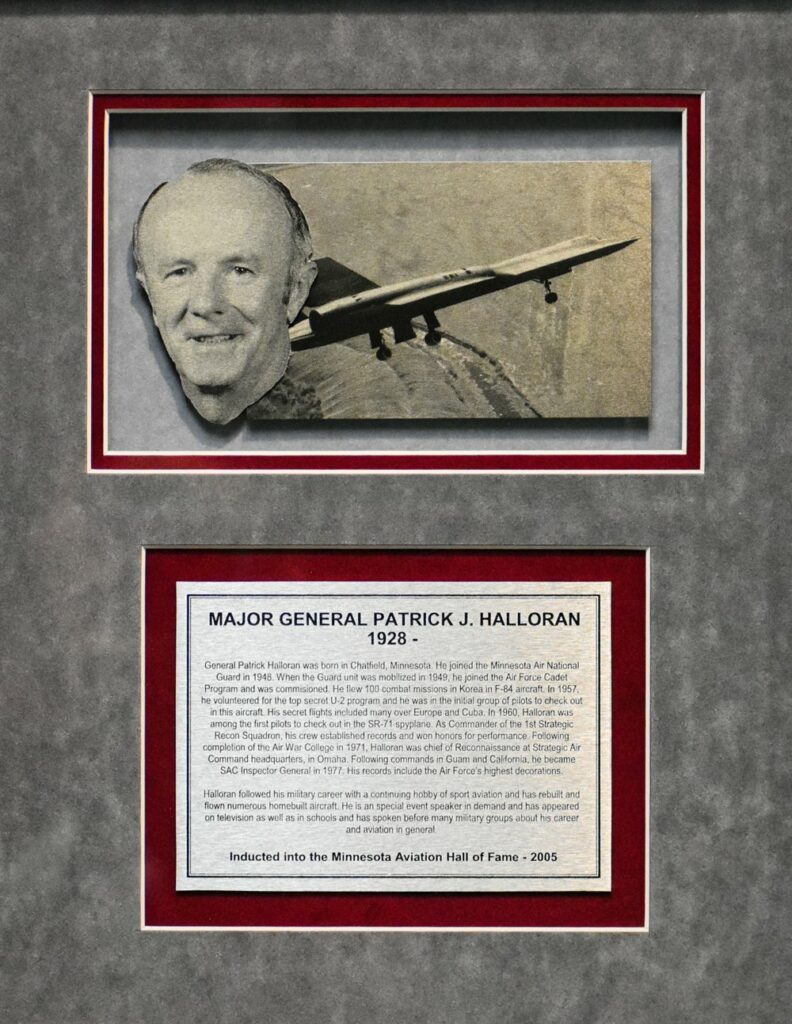 General Patrick Halloran was born in Chatfield, Minnesota. He joined the Minnesota Air National Guard in 1948. When the Guard unit was mobilized in 1949, he joined the Air Force Cadet Program and was commisioned. He flew 100 combat missions in Korea in F-84 aircraft. In 1957, he volunteered for the top secret U-2 program and he was in the initial group of pilots to check out in this aircraft. His secret flights included many over Europe and Cuba. In 1960, Halloran was among the first pilots to check out in the SR-71 spyplane. As Commander of the 1st Strategic Recon Squadron, his crew established records and won honors for performance. Following completion of the Air War College in 1971, Halloran was chief of Reconnaissance at Strategic Air Command headquarters, in Omaha. Following commands in Guam and California, he became SAC Inspector General in 1977. His records include the Air Force’s highest decorations.

Halloran followed his military career with a continuing hobby of sport aviation and has rebuilt and flown numerous homebuilt aircraft. He is a special event speaker in demand and has appeared on television as well as in schools and has spoken before many military groups about his career and aviation in general.