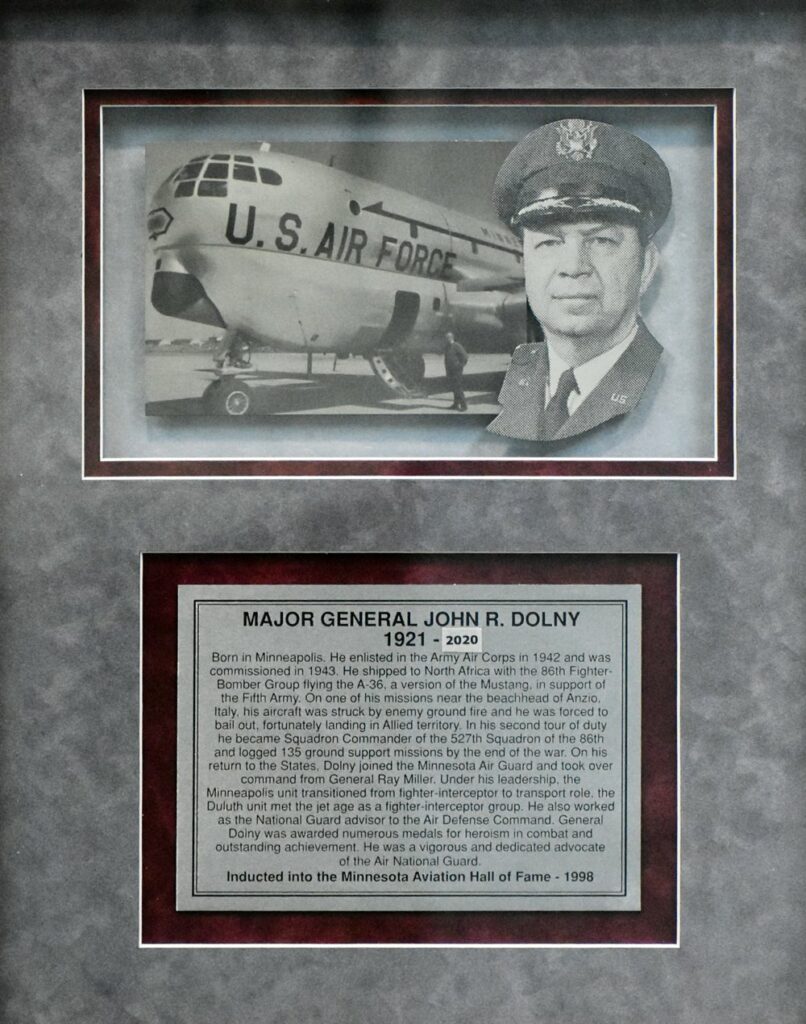 Minneapolis native John Dolny enlisted in the Army Air Corps in 1942 and was shipped to North Africa with the 86th Fighter-Bomber Group flying the A-36 in support of the Fifth Army. On one mission near the beachhead of Anzio, Italy, his aircraft was struck by enemy ground fire and he bailed out, landing in Allied territory. In his second tour of duty, he became squadron commander of the 527th Squadron of the 86th and logged 135 ground support missions by the end of the war.

On his return to the States, Dolny joined the Minnesota Air Guard and took over command from General Ray Miller. Under his leadership, the Minneapolis unit transitioned from a fighter-interceptor role to a transport role while the Duluth unit became a fighter-interceptor group. He also served as the National Guard advisor to the Air Defense Command. Major General Dolny received numerous medals for heroism in combat and outstanding achievement.