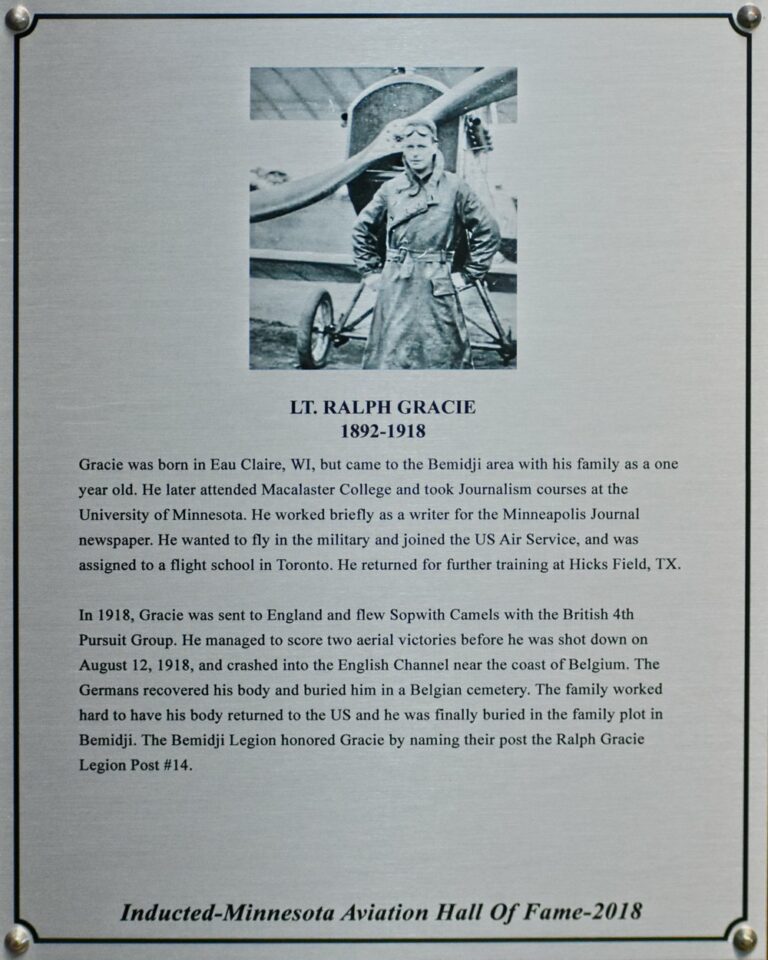 Gracie was born in Eau Clair, WI, but came to the Bemidji area with his family as a one year old. He later attended Macalaster College and took Journalism courses at the University of Minnesota. He worked briefly as a writer for the Minneapolis Journal newspaper. He wanted to fly in the military and joined the US Air Service, and was assigned to a flight school in Toronto. He returned for further training at Hicks Field, TX.

In 1918, Gracie was sent to England and flew Sopwith Camels with the British 4th Pursuit Group. He managed to score two aerial victories before he was shot down on August 12, 1918, and crashed into the English Channel near the coast of Belgium. The Germans recovered his body and buried him in a Belgian cmetery. The family worked hard to have his body returned to the US and he was finally buried in the family plot in Bemidji. The Bemidji Legion honored Gracie by naming their post the Ralph Gracie Legion Post #14.